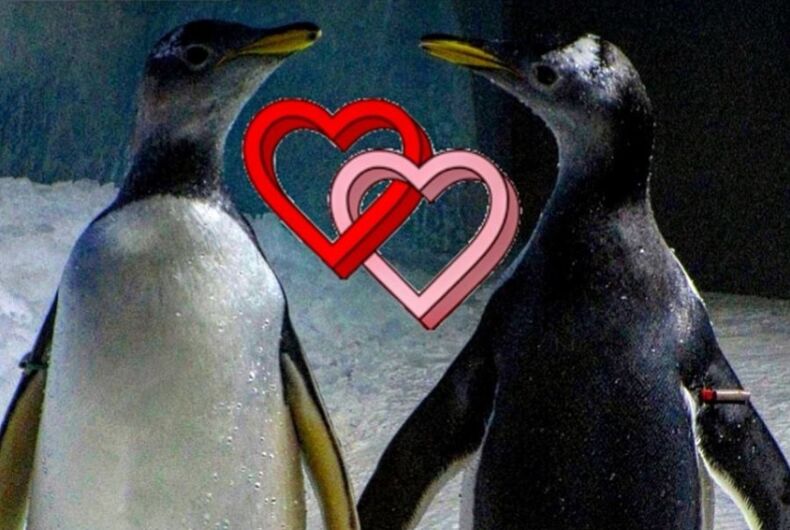 Most of the penguins at the Oceanworld Aquarium Dingle in Ireland are in same-sex couples.

Animal manager Louise Overy told the Irish Mirror that, while other zoos are proud to have one same-sex penguin couple, they have four among their population of 14 penguins.

“We have two homosexual pairs and two lesbian ones,” she said.

“You cannot tell a male penguin from a female by their sexual organs so the only way we know is when we see them mating and not producing chicks.”

Overy said that the penguins eventually figure out that they aren’t going to have a chick unless they take more drastic measures.

“The lesbian ones will take action if they feel broody. They will waddle over to a male to do what needs to be done and rear the chick with their female partner.”

She explained that the aquarium’s queer penguin population has grown over the last few years.

“We have had a gay couple here before. Five years ago Penelope and Misty got plenty of coverage but we never expected it to catch on.”

Two years ago, a lesbian king penguin couple in New Zealand who were nicknamed “Thelma and Louise” got international attention when they raised a chick together.

He wanted to marry his partner in his childhood church, but the congregation wouldn’t allow it