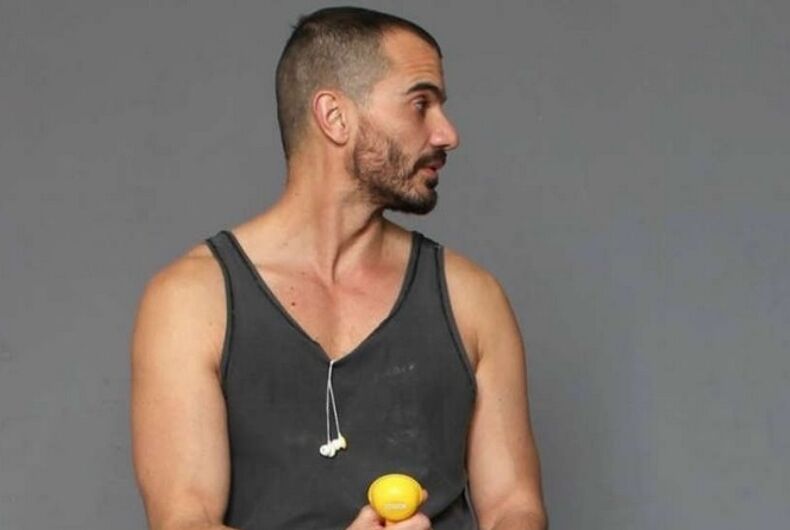 A police union leader has said that he is “proud” of how officers handled a botched raid on an LGBTQ bookstore that resulted in a gay man perhaps permanently losing use of one of his arms.

At 2 a.m. this past Saturday, police in Melbourne, Australia, raided the Hares & Hyenas bookstore. They mistook for gay club promoter Nik Dimopoulos, 47, for a member of a Lebanese gang who was involved in a carjacking.

Witnesses say that police entered with flashlights and didn’t identify themselves. Dimopoulos, thinking it was an “anti gay home invasion” rushed out the door and the police chased him.

“At no time did the police when they were chasing him say ‘stop, Police’ as you would expect,” wrote bookstore co-owner Rowland Thomson on Facebook.

Related: Police accused of breaking into gay man’s home & taunting him with slurs while they assaulted him

Police tackled him, breaking his arm in multiple places. His lawyer said that he may lose use of his right arm as a result of the injuries.

Dimopoulos’s “only crime was looking Middle Eastern,” his lawyer said.

Assistant Commissioner Luke Cornelius said Monday that an investigation into the raid would be opened because multiple eyewitnesses said that the police did not identify themselves.

“At no stage did they identify themselves as police. They just stormed into a dark room shining torches and it was impossible to identify them as police,” wrote Thomson.

Cornelius said that he was “appalled” by the extent of the injuries. “It’s very clear to us that police stuffed this one up.”

But Wayne Gatt, secretary of the Victorian Police Association, said that he’s “proud” of how the officers acted.

The police “did everything required of them, because they announced themselves as police, because they spoke to the occupants, because they searched the building properly, because they called on the suspect multiple times when engaging in that person before making the arrest,” Gatt said.

He said that people are “making assessments on one side of information without the benefit of all the information, and not being there themselves.”

Gatt was not present at the raid.

A GoFundMe was set up to help raise funds for Dimopoulos’s recovery, with any additional funds raised going to the bookstore. Over $7,300 US has been raised so far.