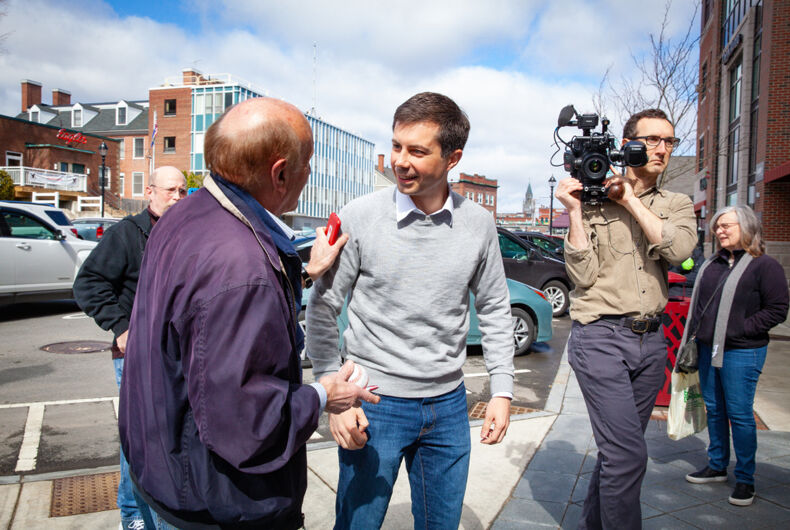 The Democratic presidential candidates are responding to Special Counsel Robert Mueller’s statement today that clarified his investigation into President Donald Trump’s campaign and contradicted what Attorney General William Barr released as a summary.

While Barr got it right that Mueller found no evidence that the Trump campaign and Russian officials colluded to swing the election for Republicans, Mueller clarified that Trump wasn’t innocent of obstruction of justice. The problem, he said, was that he wasn’t allowed to indict a sitting president so it’s left to Congress to impeach the president if they think it is warranted.

“If we had had confidence that the President clearly did not commit a crime, we would have said so,” Mueller told reporters, saying the “Constitution requires a process other than” criminal indictment.

“The message, really, is, ‘Over to you, Congress.’ Look, a lot of people were waiting to see if Mueller would charge the president,” Buttigieg said. “What he reminded everyone was he’s part of a DOJ that says you can’t, which means his option wasn’t ‘charge or don’t charge.’ It was ‘clear or don’t clear’ the president. And he made a decision not to clear the president based on the evidence he gathered.”