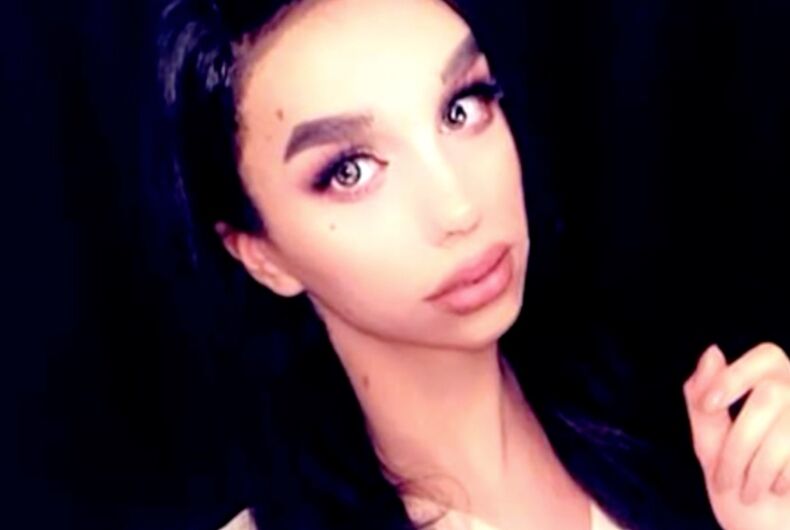 Denver resident, Amber Nicole, a transgender woman, was attacked and severely beaten outside of a bar. Her jaw was broken and her face was left partially paralyzed.

Nicole was leaving the bar and getting into a car with a friend when she was attacked around 1:20am.

Cell phone video shows the woman ready to get into the car with her friend before she turns away and goes out of camera range. She is helped back to the car by another friend shortly after, bloody and battered.

“That’s when she realizes that the two of us are covered in blood because I was bleeding so much from the attack,” Nicole told the station.

Her friend drove her straight to the hospital. While bystanders can be seen in the video, no one stepped in to assist.

“There’s so many people who can see an incident and stop it or do something about, or make a report about it, but nobody does and I don’t understand why,” she said. “It feels like it’s because I’m different.”

Her face and jaw were broken in the attack. Nerve damage has left the right side of her face partially paralyzed.

A GoFundMe account has been set up to help with her medical costs.

Anyone with information about the attack is encouraged to contact the Denver Police Department at (720) 913-2000.

Watch this restaurant owner refuse to serve a gay couple