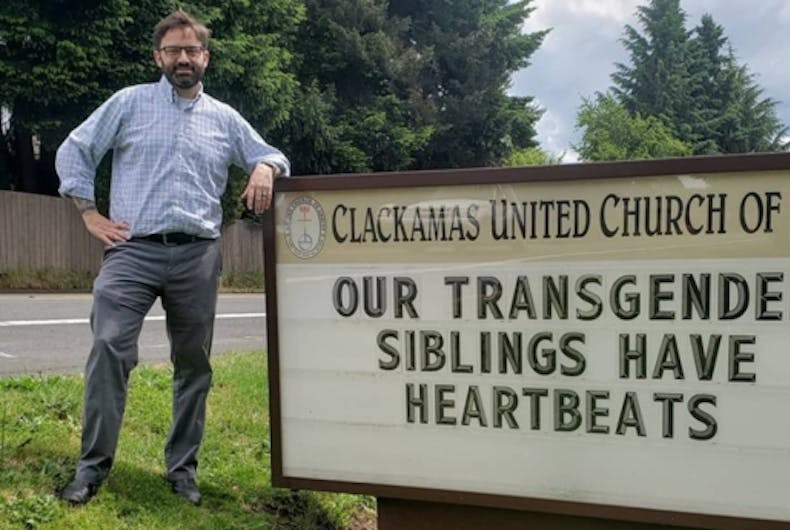 A church in Oregon is getting attention for the political and affirming messages on its signs.

Pastor Adam Ericksen of the Clackamas United Church of Christ in Milwaukie, Oregon, took over the church last year, and he found a way to build the church’s membership: be really open about its politics.

“People are thirsty to know they are loved,” Ericksen said. “In every area there are pockets thirsting for this message of radical inclusion.”

His signs are LGBTQ-inclusive.

“We’ve gotten hundreds of messages, including from transgender people who say they wish they had a church like this in their area,” Ericksen told CNN.

And they also have messages of support for immigrants.

The church tells people to be kind to Muslims.

And to respect women.

Ericksen said that he hasn’t received much criticism from the community about the signs, and he stressed that Christianity, for him, is fundamentally political.

“Jesus preached the kingdom of God, and this was politically loaded message,” he said. “His harshest message was for religious leaders who marginalized people.”