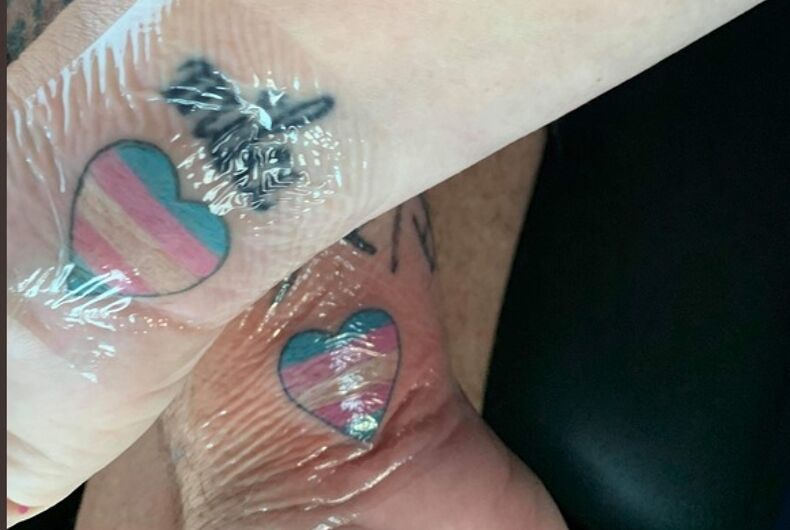 Two parents surprised their transgender son with some amazing tattoos.

Drew posted an image of his parents wrist tattoos on Twitter. The tattoos are hearts with the transgender flag in them.

“My parents got trans flags tattoos to represent their trans son (i.e., me!!!),” Drew wrote. “My heart is bursting.”

MY PARENTS GOT TRANS FLAGS TATTOOS TO RERESENT THEIR TRANS SON (IE ME!!!) MY HEART IS B U R S T I N G pic.twitter.com/OX10B0lAK8

Related: This awesome mom celebrated her son’s transition with a gender reveal photoshoot

He wrote that they had trouble accepting him at first, but that their relationship has grown.

You wouldn't believe how much we've grown as a family. When I started to come out, things were so horrible, we didn't know how to communicate. I'm as proud of them as they are of me ❤️ pic.twitter.com/UpF2dQUEHa

“They messaged me a photo, as they were on holiday at the time and I burst into tears,” Drew told Gay Star News. “Crying from happiness never felt so good.”

Stephen Colbert surprised Anne Hathaway by helping her meet RuPaul. She broke down in tears.