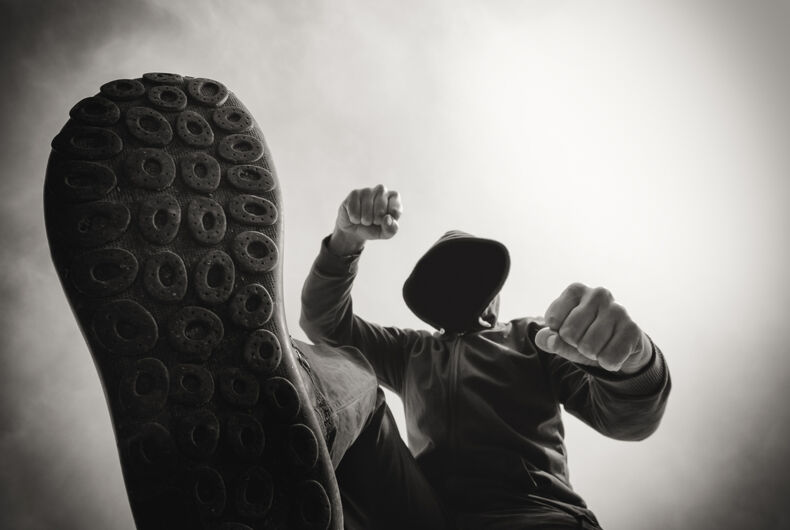 Nevada recently became the fourth state to ban the use of gay- and trans-panic defenses, that is when a queerphobe assaults or kills a person using the discovering of their sexual orientation or gender identity as a motivating factor. While this is good news, 92% of U.S. states still allow such defenses.

To be clear, queer-panic defenses aren’t “official” legal defenses in any state, but lawyers still use them to compel heterosexual jurors to issue less severe verdicts.

California, Illinois and Rhode Island have all banned gay- and trans-panic defenses too, but that doesn’t mean that lawyers can’t use LGBTQ identity as a motivating factor when defending their clients.

Rather, such bans require judges to read post-trial instructions telling jurors to “ignore bias, sympathy, prejudice or public opinion in making their decision.” Bans also require training for district attorneys’ offices on how to prevent queerphobia from affecting trial outcomes.

While the National LGBT Bar Association supports such bans, other lawyers point out that queerphobia can still affect trial outcomes even with such bans in place, especially since jurors don’t have to explain the reasoning behind their verdicts to judges.

Other lawyers say that prosecutors should weed out anti-LGBTQ jurors during pre-trial questioning and use gender and sexual-orientation switching during trials to demonstrate the faulty logic behind queer-panic defenses.

Nevada just became the 4th state in the US to ban the gay and trans panic defense. pic.twitter.com/Dn0SLeJTpx

Gay- and trans-panic defenses don’t often work in court, but it’s devastating when they do. The most recent example involved James Miller, a 69-year-old former policeman in Austin, Texas, sentenced to 10 years probation and six months in jail for murdering his 32-year-old neighbor Daniel Spencer after Spencer allegedly tried to kiss him.

Related: He bit a man’s ear off during a gay panic attack, but he won’t be going to jail

Ban supporters say queer-panic defenses play off societal queerphobia and reinforce “negative stereotypes of queer people as sexual deviants and predators” while blaming them for their own murders, according to Hornet.