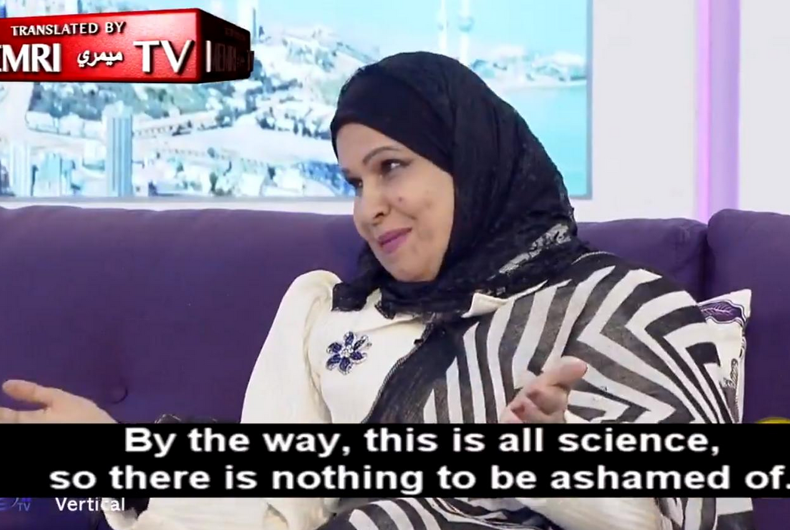 A Kuwaiti “academic” says she has found a cure for homosexuality and it may be the craziest theory ever put forward. LGBTQ people cannot be “cured” since there is nothing medically wrong.

Dr. Mariam Al-Sohel is described by the Jerusalem Post as an “anti-gay and anti-lesbian researcher” and the description seems apt based off an interview she gave to Scope TV. She says her suppository antidote is based off Islamic “prophetic medicine.”

“I discovered therapeutic suppositories that curb the sexual urges of boys of the third gender as well as the fourth gender, which is butch lesbians. They have excessive sexual urges,” she told the host.

Related: A hate group is asking the Supreme Court to overturn a conversion therapy ban

Al-Sohel says her “medicine” works by “exterminating the worm that feeds on the semen.”  Asked how the suppository works for lesbians, she had a quick answer.

“The ingredients [for the cure] are the same (for both sexes) but I made them into different colors.”

Transgender people are less healthy than cis people. Here’s why.