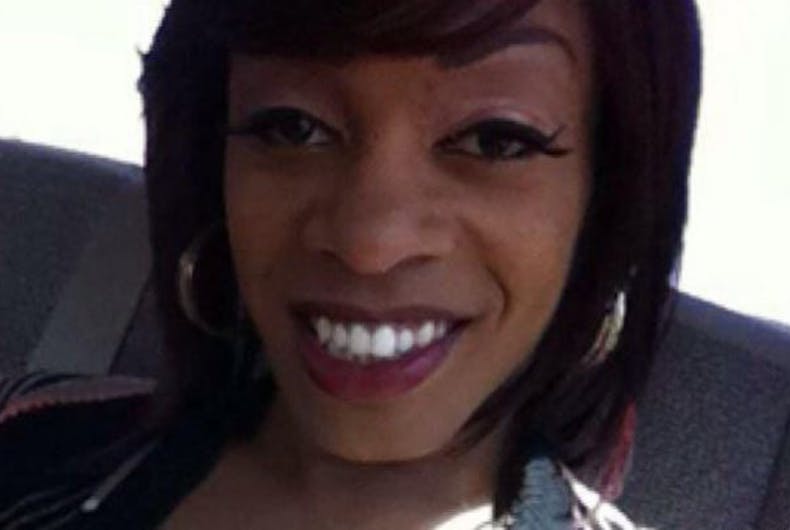 A male white supremacist who murdered a black transgender woman has been sentenced to life in prison without the possibility of parole.

In November, 2017, Brooklyn BreYanna Stevenson, 31, was found dead in a hotel room in Oklahoma City with multiple gunshot wounds.

An anonymous tip to police led them to arrest Brandon Michael Tyson, 32, in connection with the murder, and a witness connected him to the crime.

Earlier this year, Tyson pled guilty to first-degree murder without a plea deal with prosecutors.

Related: Death penalty for the man who killed an 8-year-old he thought was gay

“I hope you pray for your salvation.”

“Mr. Tyson has nothing but remorse for what he’s done to the victim, the victim’s family and his family,” the lawyer told The Oklahoman. “He has no justification. It’s just the effects of drug addiction.”

Prosecutors have not said whether they believe that the crime was motivated by Stevenson’s race or gender identity.

Tyson is a member of the Aryan Brotherhood and police found evidence that Tyson and Stevenson had sex before the murder.

He has prior convictions for burglary and illegal possession of guns, and he told police that Stevenson attacked him first. Police found no evidence that she did.

“Burying a child is nothing that a parent should have to do, so with that being said, I never wanted the death penalty for you because I did not want your parents to have to go through what I am having to endure,” Vivian Stevenson, the victim’s mother, said at the sentencing hearing.

“I do pray that you get life without parole, though, because you have proven by your actions that you do not deserve to be free ever again.”