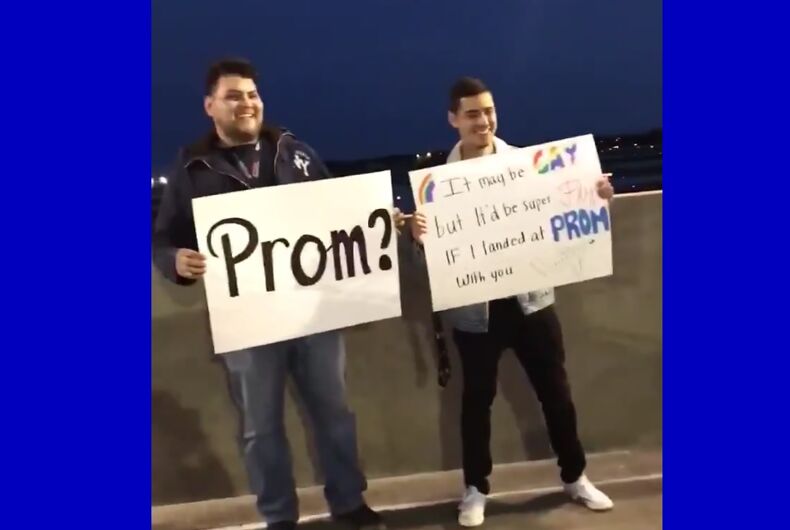 A video of a student in Georgia asking his boyfriend to prom has gone viral.

Julian and Francisco love to go to the airport and watch the planes take off. So when Julian was going to ask his boyfriend to the prom, he knew where he wanted to do it.

“He started to love planes with me, always sent me plane stuff on Instagram and started coming to the airport with me,” Julian told Gay Star News. “It was our spot.”

A friend brought Francisco to the spot with his eyes covered, and Julian held up a sign that said, “It may be gay, but it’d be super fly if I landed at prom with you.”

So I asked my boyfriend to prom at the airport where we always go watch the planes take off and land.. ❤️❤️🏳️‍🌈✈️ pic.twitter.com/h8hER420L3

The video has been viewed over two million times on Twitter.

It was tooo cold to retake these but we tried 😭❤️ pic.twitter.com/aOBNgsdJLm

California’s ‘travel ban’ to anti-LGBTQ states is a political trick. Here’s how it actually works.