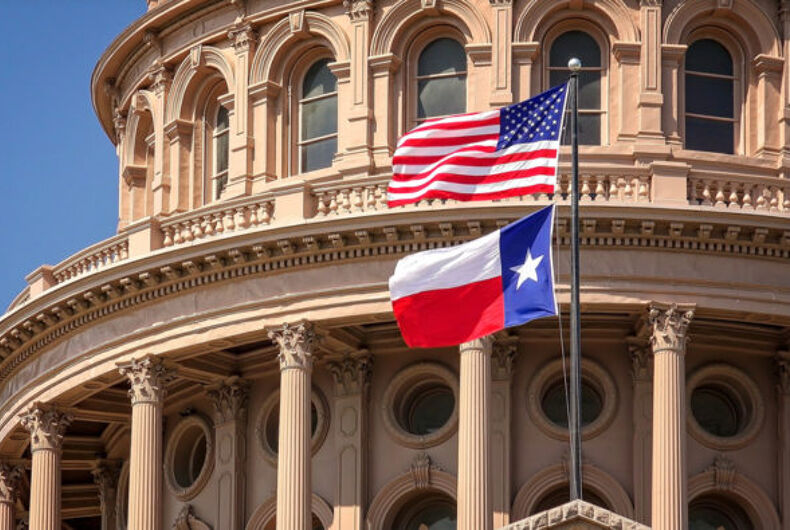 Two bills that could threaten anti-discrimination protections in Texas were passed by the state senate yesterday.

Senate bills 2485 and 2487 passed 18-12 on party-line votes and would ban local governments from forcing private companies to provide paid sick leave and other benefits.

LGBTQ organizations and lawyers have warned, though, that the bills would affect local anti-discrimination ordinances that cover LGBTQ people, since a city might not be able to regulate a company that provides some benefits to straight employees but not to LGBTQ employees.

“Not including a provision that excepts nondiscrimination ordinances from the scope of this bill’s pre-emption would meaningfully reduce the ability of local governments to regulate workplace discrimination and has caused confusion about whether it eliminates cities’ ability to regulate employment discrimination altogether,” said a spokesperson for the city of Austin.

“These harmful bills would gut the enforcement of the only protections that many LGBTQ Texans have,” said Rebecca Marques, director of HRC Texas. “SB 2485 and SB 2487 – just like their parent bill, SB 15- would roll back the rights and protections for LGBTQ Texans in some of the state’s largest communities.”

Related: The Texas senate just approved a bill that would allow doctors to refuse LGBTQ patients

The Texas senate was already working on SB 15, a bill that would have banned cities from forcing employers to give more benefits to employees than state law requires.

Republicans cited an ordinance in Austin that passed last year that required businesses to give paid sick leave to employees and said that such laws created a “patchwork of regulations” that harmed businesses in the state.

SB 15 passed out of committee but hasn’t been brought to the state senate floor because of opposition from LGBTQ advocates and business leaders after a provision that specifically exempted LGBTQ anti-discrimination ordinances was removed from the bill.

The two that passed yesterday deal with paid sick leave and other benefits. The other two ban local governments from regulating businesses’ scheduling practices and from banning employers from asking potential recruits about their criminal histories.

Creighton said that it was not his intent for the bills to override local anti-discrimination laws, but Democrats questioned why that wasn’t explicitly stated in the laws.

“If that’s truly your intent, it would be pretty easy to put that in there and make sure that your intent is actually captured in the law,” said Texas senator Kirk Watson (D).

“If you want to be clear, you should put the non-discrimination language back in here… You refuse to do that, and that’s part of the problem.”

During the senate debate, though, Creighton was unmoved.

“Members, I would ask that you keep the bill in its current form,” he said. “It’s very clear that non-discrimination language is not needed.”