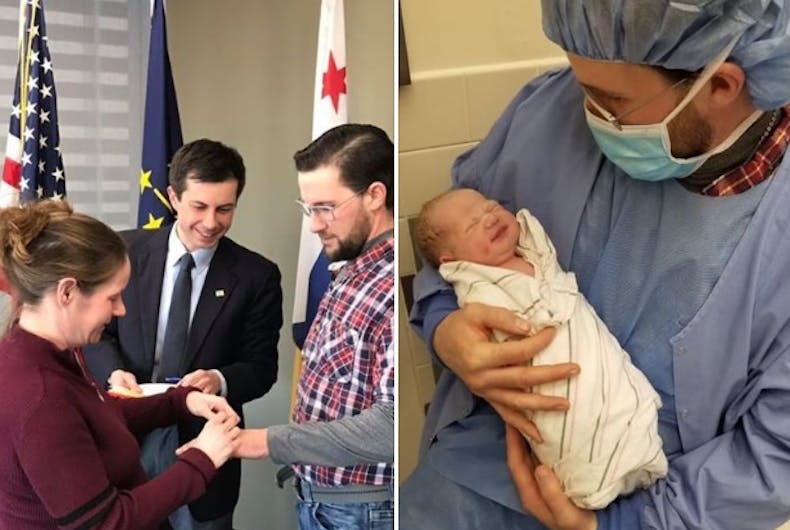 South Bend Mayor Pete Buttigieg shared a story about how he married a straight couple as they were rushing to a C-section appointment.

In a Facebook post, Buttigieg said that he just came into work on Monday and a young couple was coming out of the elevator at around 8:15 am.

He wrote that he was hoping someone else could take care of whatever they needed, but then they explained that they wanted to get married before their baby would be born.

“That’s when Mary and Gabe explained that she was on her way to the hospital for a 9:00 a.m. appointment for a c-section,” he wrote. “And they were hoping they could be married before she delivered.”

“Obviously there’s only one answer to that question.”

He got some staff members to serve as witnesses and, since the couple had all the paperwork they needed with them, he married them on the spot.

“Their rings weren’t ready, so one of my colleagues found a ribbon that would do the trick,” he wrote.

They left and made it to the hospital on time, and later in the day someone came back with a picture of Jade Katherine Jones, who Buttigieg called “South Bend’s newest resident.”

I never would have guessed how this morning would begin for me. Unstructured time is rare especially these days, but I…