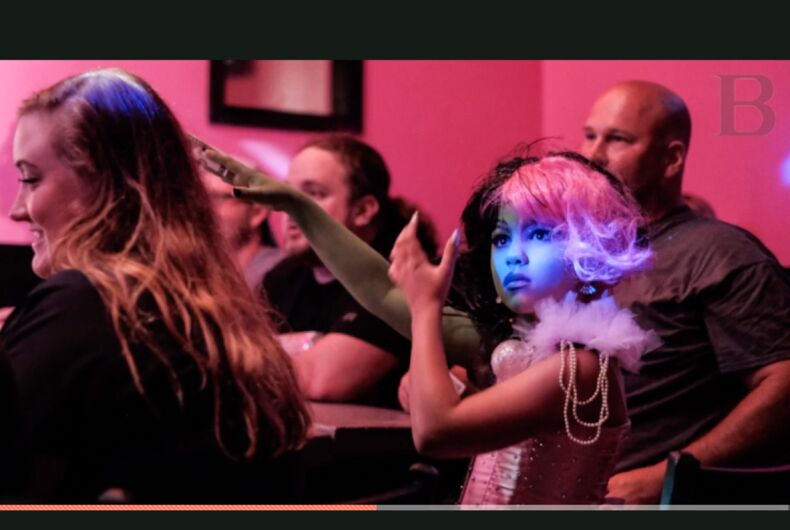 Republican state legislators in Ohio are tackling the important issues during their time in office. For example, Rep. Tim Schaffer is pushing a bill that would make it illegal for young boys to dress up like girls.

Schaffer is up in arms after 9-year-old drag kid, “Miss Mae Hem,” performed in a local gay bar. After the religious right threw a fit, blowing up social media with all sorts of wild claims about pedophilia, Schaffer decided it was time to update the state’s child exploitation laws.

The update to state law would include a performance that “suggests a minor is participating in, or simulating, sexual activity that taken as a whole by the average person applying contemporary standards, appeals to the prurient interest.”

“According to reports, it was discovered that a young child was in a bar performing a provocative sexually explicit dance routine while patrons watched and some even handed the child money,” Schaffer said in a press release. “According to reports, the parents were not only in attendance but also promote the child’s performances across Ohio.  The performance was portrayed as a charity fundraiser.”

“Given our heightened focus on human trafficking and the role money plays in trafficking children, I knew I had to take action to make sure this activity does not occur again,” Schaffer said. “We can do better to protect innocent children and we must do better.”

“While there is a strong consensus in the community that this situation is a very bad example of parenting, there were apparently no direct violations of state law or local ordinances during this event. Therefore, the prosecutors were unable to bring charges on the parents or the bar.”

Despite Schaffer’s allegations that Mae Hem was performing a “sexually explicit” routine, video from the evening doesn’t verify the claim. And while the Republican legislator insults the boy’s parents, they did nothing to “endanger” their child; drag show patrons always tip the drag queen.

“We started watching [Drag Race] in season four, and a couple of days later I asked my mom if I could do drag, and she said, ’Yeah, sure,’” the boy told The Blade last year. “It feels really fun and I’m like, ‘Yeah, I get to do this!’ Before I walk on stage, I’m really nervous, but when the spotlight hits me, I’m like, ’Here I go!’”

After realizing the show had threatened their liquor license as perturbed Republicans clambered for retribution, the bar has distanced itself from Miss Mae Hem. The owners have “quickly condemned the show and banned this troupe of performers from returning to the establishment” according to the local mayor.