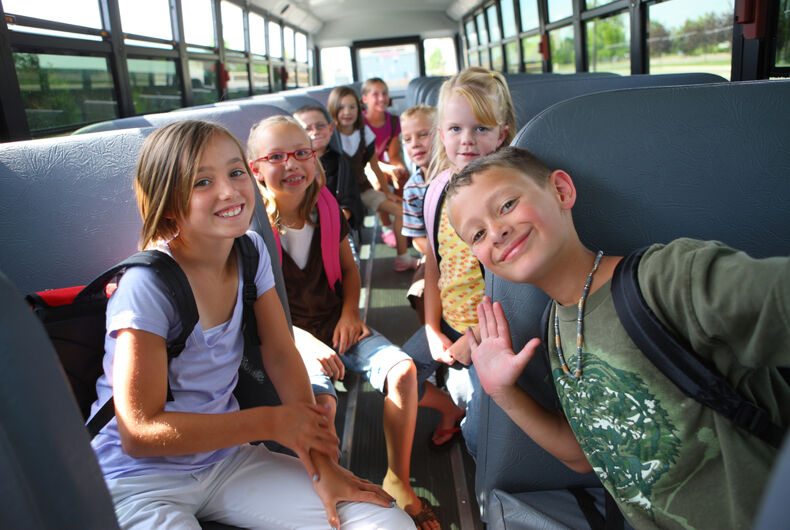 A lesbian couple recently found out that their five children, born via In-Vitro Fertilization (IVF), have dozens of half-siblings thanks to a single sperm donor.

A decade and a half ago, Lisa Quinn and Shannon Ashton wanted to have children. The lesbian couple was, at the time, limited in options, and went to the Queensland Fertility Group in their native Australia.

The Queensland Fertility Group was known as being welcoming to same-sex couples.

There, Ashton went through IVF, with sperm from an anonymous donor used to fertilize one of Ashton’s ovum. They only knew the donor as a blue-eyed Australian surfer.

That first child was Zack, who is now 15. They eventually had a total of five children, adding Darcy, 13, Mackie, 8, Caelan, 4, and their youngest, Delaney, who is only 1 year old.

Then, one day, the family discovered that there might be other children outside their family unit who had the same father.

“My eldest was in a daycare provider with a group of just four children, Ashton told The Daily Mail. “The daycare mum was friends with me and this other same-sex couple who had said the father of their daughter was also a surfer.”

After the mothers had a moment to compare notes, they realized that their children shared a donor father. Ashton was surprised, but interested to build a relationship with the other mom.

“I thought it would be lovely for the kids to grow up knowing one another and having someone to talk to about issues they might face in the future,” Ashton said.

The other mother was not interested, however, taking their child out of the daycare and cutting off contact with Ashton.

It was later than Ashton would learn that the child they met at daycare was far from the only half-sibling that their children would share. The anonymous blue-eyed Australian surfer had fathered 48 children in total.

Queensland law surrounding fertility clinics was far less strict at the time of their first child. Today, a sperm donor is limited fathering 10 children. Sperm recipients, too, are also usually spaced out over longer geographic distances.

Under Australian law, the donors have no legal rights or responsibilities for their offspring, with the people who received the sperm being registered as the legal parents.

While Ashton had originally intended the donor to be someone their first son, Zack, could contact when he turned 18, Queensland law also changed in 2004, disallowing such contact.

“My daughter, 13, is very nonplussed by it all,” said Ashton. “My eldest son is very interested in discovering donor siblings and the donor. The other three are really too young to understand or to have an opinion.”

The transgender military ban starts today. Here’s what you need to know.