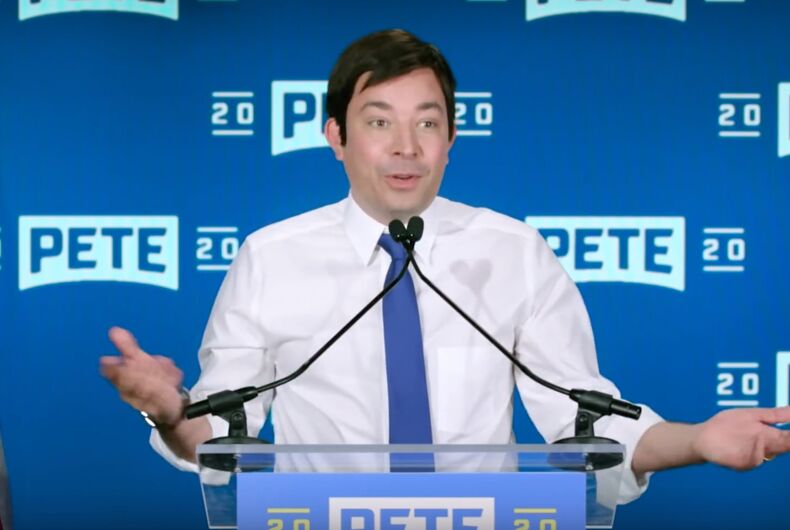 Buttigieg, the only out gay candidate to have a feasible chance of winning the presidency, has taken America by storm over the past few weeks, becoming a media darling. Which makes him the perfect target for late night hosts.

Fallon spoofs Buttigieg’s down home and folksy persona, nailing the candidate’s speech patterns and gestures. He pokes fun of the numerous foreign languages Buttigieg speaks, how popular his husband, Chasten, has become, and how smart the candidate is.

Related: Rachel Maddow grills Pete Buttigieg about coming out so late in life

“I was so qualified to go to college, Harvard bribed me to go,” he quipped during the skit.

Buttigieg would be the first millennial president – and that didn’t escape Fallon either.

“The future is here, America. I’m a little green, but I’m fresh, Instagrammable, and ultimately good for you. I’m the avocado toast of the Democratic Party.”