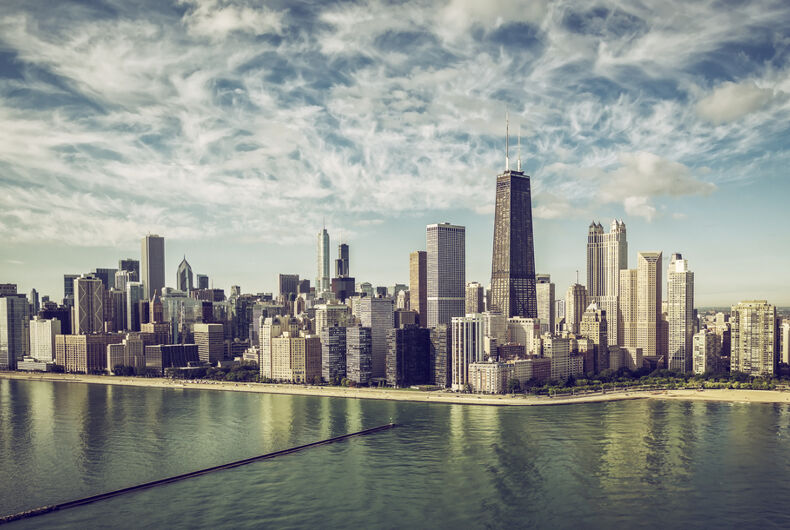 Chicago mayoral candidate Lori Lightfoot trounced her opponent tonight and made history. Lightfoot will be the only black lesbian mayor in the nation – and the first out mayor of one of America’s three largest cities.

“A Black lesbian taking power in the nation’s third-largest city is a historic moment for so many communities that are too often ignored in American politics,” said former Houston mayor Annise Parker. Parker, the President & CEO of LGBTQ Victory Fund formerly held the record as the “highest ranking” out mayor; Houston is the nation’s fourth largest city.

“Chicago’s enormous influence on the national dialogue provides a platform for Lori to promote more inclusive solutions to the challenges facing our cities and nation – and to be a credible messenger as well,” Parker said. “Lori will certainly remain focused on the issues facing Chicago. But as the highest-ranking LGBTQ person ever elected mayor of an American city – a title she takes from me – she is also now a key leader in the movement to build LGBTQ political power nationwide.”

Related: Disgusting church flyers claim Chicago candidate for mayor will give all the jobs to gay people

“As the first openly LGBTQ woman of color to be elected mayor in any of America’s 100 largest cities and the first black woman to serve as Mayor of Chicago, Lightfoot is an inspiration to thousands of LGBTQ people of color who have a new role model in elected office,” DNC chair Tom Perez said in an emailed statement.

“This historic win reaffirms that our diversity is our greatest strength, and that our elected leaders should reflect the diversity of the communities they represent. I look forward to working with Mayor-elect Lightfoot as she fights to build a brighter future for all. The people of Chicago will be well served with her leadership.”

Last month flyers were handed out in black churches that featured a picture of Lori Lightfoot and her wife. Above their picture, the flyer said, “The Feminist and Gay Movement Have Come Full Circle” and tout “The GAY EQUALITY ACT!!!” in big letters.

On the backside, the flyer said that all “contracts, jobs and employment” will be given “exclusively to gay people.”