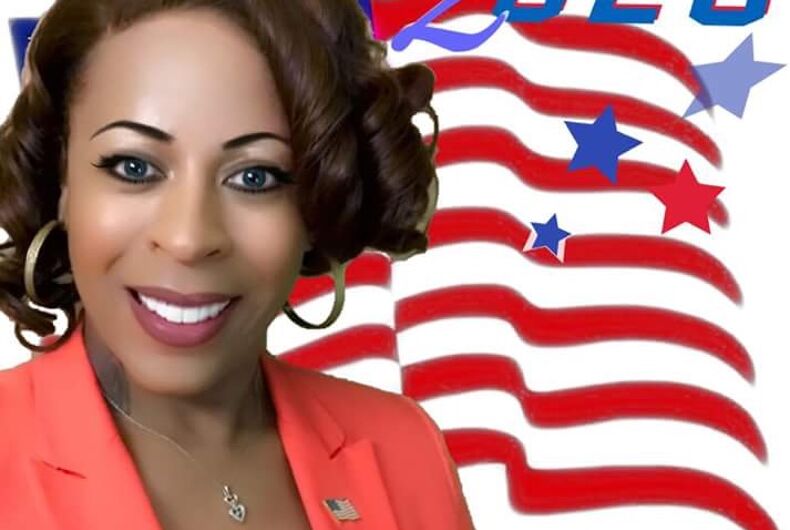 Despite all the attention focused on Pete Buttigieg as the first gay presidential candidate to connect with potential voters, he is in some ways cut from the same cloth as many past candidates: a white man with a degree from Harvard. None of that takes away from Buttigieg’s groundbreaking campaign, which is fueled by his smarts and plainspokenness.

But if you want a candidate who really breaks the mold, consider Pam Rocker. Rocker is a trans woman of color who is also running for president.

Rocker says that she’s running to end the “nightmare” of the Trump presidency. She’s is unperturbed by the odds against her. “Was the country ready to elect the first African-American president?” Rocker told the Cincinatti Enquirer. “It just came by surprise. If a person is presenting themselves as a candidate who’s very seriously running for public office, why not?”

Related: This inspiring trans woman went back to her boys high school to train them on LGBTQ issues

At 35, Rocker just qualifies to run for president. Her platform includes giving every household in America a new car, with funds to be paid from a tax on cannabis, which she would legalize nationally. Her campaign ad on Facebook (below) resembles a trailer for a Star Wars movie, replete with a thunderous score.

The Enquirer described Rocker’s past as “difficult to verify.” Rocker says she grew up in many foster homes in Cincinnati and was bullied as a gay boy in high school. Upon moving to Los Angeles in 2005, she started to transition into a woman. “I was getting comfortable in my own skin,” Rocker told the paper. “When I moved to California, it was like, ‘Why not? Just be yourself.'”

For a while she tried to make it as a rapper in LA. One of her songs, “Eat Sushi,” is included on the soundtrack of the 2008 black gay comedy, Noah’s Arc: Jumping the Broom. (The song is below if you’re curious.)

Rocker says she’s currently unemployed but has worked organizing Pride events. The Enquirer reached out to Cincinnati Pride board of directors President Brooklyn Steele-Tate, who said she had never heard of Rocker.

Rocker says she’s headed to Iowa to campaign. As for winning, you never know. “It’s just like playing the lottery,” she says. “You take your chances.”