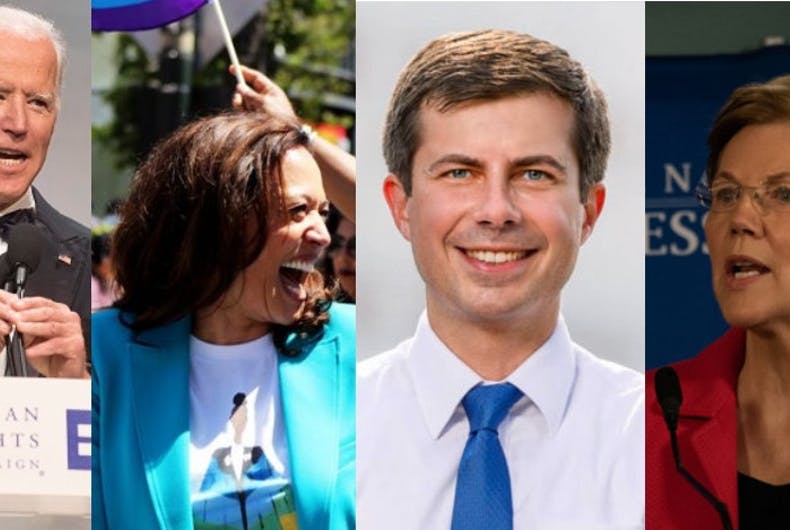 A new Emerson Poll found that some supporters of Senator Bernie Sanders (I-VT) in the 2020 Democratic presidential primary would prefer Donald Trump in the general election to some of Sanders’s primary opponents.

The poll is one of the first national polls to show Sanders pulling ahead of former Vice President Joe Biden, who has spent several weeks responding to claims that he repeatedly disrespected women’s personal space.

Oddly, 5% of Sanders supporters said they would vote for Trump if Sanders won the primary.

Related: Kamala Harris has been working decades to win your vote for president

On the other hand, all of Buttigieg’s supporters said they would vote for Sanders if he won the primary, and almost all of Warren’s (94%), Harris’s (98%), and O’Rourke’s (91%) said the same.

The poll found several other interesting facts about the candidates’ supporters.

Of the supporters of the top-six candidates, Buttigieg’s gave Trump the lowest approval rating, at exactly 0%.

Buttigieg supporters are 53% women and 47% men (the poll did not have a non-binary option), and his supporters were the whitest of the top-six candidates at 73%.

Of the eight participants in the poll who said their race was “other or multiple,” three said they supported Buttigieg, the most of any candidate.

5 ways Easter is much more queer-inclusive than you realize

Roseanne complains that she can’t say ‘f*g.’ And did she just come out as queer?