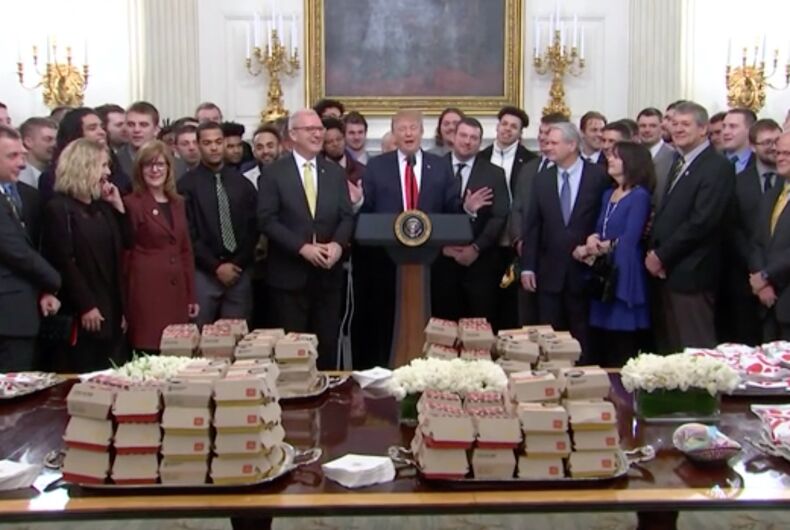 For the second time in his presidency, Donald Trump has served fast food to an athletic team to “celebrate” their victory. This time, the President who has attacked the LGBTQ community the most served up Chick-fil-A, a company known for opposing LGBTQ rights.

“We could’ve had chefs, we could have, but we had fast food — because I know you people,” he told the gathering before giving the notoriously anti-LGBTQ chain a shoutout.

Related: McDonalds is throwing shade at Chick-fil-A for being antigay

With no shutdown to blame for the lackluster dining options, Trump insinuated the buffet was intended to support American workers.

While the chain made national news for the founder’s stance on LGBTQ issues, the company has claimed their foundation no longer financially supports groups that push for discrimination against LGBTQ people. Subsequent examination of the foundation’s tax documents, however, show that they continue to give to groups that actively discriminate against or condemn LGBTQ people.

In 2015, Denver city council members temporarily halted the approval process for a Chick-fil-A location inside the Denver airport to request assurances the chain would not discriminate against LGBTQ employees.