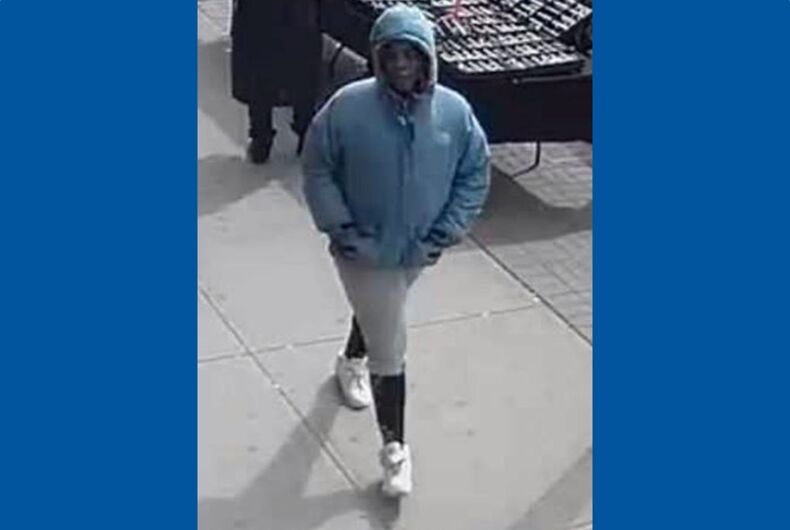 Tasha Heard, a black transgender woman, has been arrested and charged with multiple hate crimes after a series of pepper spray attacks around New York City. She is suspected in as many as five attacks, but has only been charged in two incidents so far.

NBC News reports that in one instance, Heard approached a white couple in their 50s while they were shopping. Police say she told them she hated white people before spraying them with pepper spray.

“They were approached by the defendant who kicked both victims and sprayed a substance in their face,” a police spokesperson said. “The victims suffered minor injuries.”

In a separate incident, authorities say Heard did the same thing.

Related: Trump denied a trans woman asylum & deported her. She was killed when she returned.

“The defendant approached a 30-year-old male and a 24-year-old female, asked them if they were white and displayed a sharp object causing fear,” the NYPD stated. “The female victim was sprayed in the face with an unknown substance causing redness, burning and discomfort.”

Police say Heard is suspected of pepper-spraying at least six other white people during her crime spree.

One of those alleged victims, Joshua Smith, told NBC New York his experience with Heard was similar.

“She held the mace directly to my eye and sprayed it in my eye,” Smith told NBC New York. “She just walked up to me, like literally walked up, maced me and kept walking.”

The court used Heard’s deadname – the name she was born with before transitioning – in official documents and police reports.

That administrator who demanded a trans student pee in front of him? He’s back on the job.