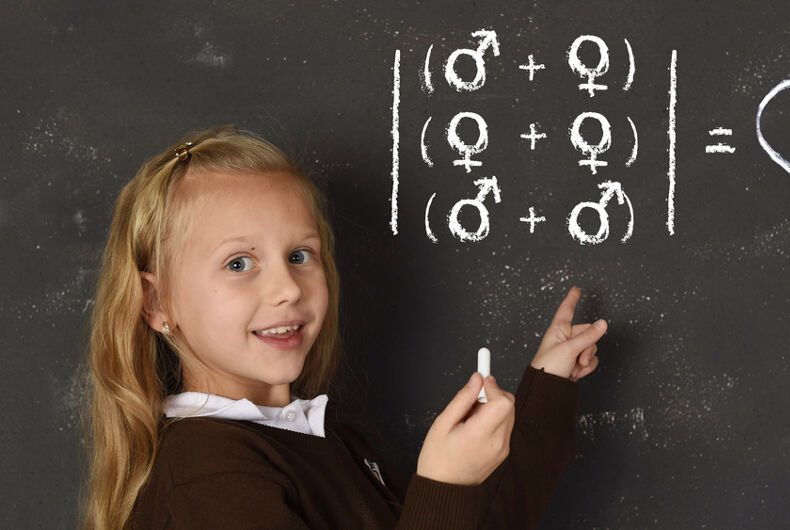 Elizabeth Foster, the principal of Anderson Mill Elementary School — a public school in the town of Moore, South Carolina (population 13,739) — reportedly rejected the inclusion of a 4th grade student’s essay promoting LGBTQ-acceptance from a book of student essays “on society.”

The principal believed the 10-year-old student’s essay would “make other parents upset … due to the type of school this is, the people that work here and the students and families of the students that go here,” creating an “undesirable situation at the school,” according to a lawsuit filed in federal court by the child’s parents.

“I don’t know if you know this but peoples view on Tran’s genders is an issue. People think that men should not drees like a women, and saying mean things. They think that they are choosing the wrong thing in life. In the world people can choose who they want.”

The lawsuit alleges that Foster told the student’s mother that it was “not age-appropriate to discuss transgenders, lesbians and drag queens outside of the home,” and suggested that the student write an essay about bullying instead.

The suit claims that the school violated the child’s First Amendment right to free speech and caused the mother and child emotional harm.

Related: A Catholic school rejected a kindergartner with gay parents. Now other parents are rallying.

In a statement, Cynthia Robinson, a spokeswoman for the Spartanburg County School District said, “Based on the fact that this is a legal matter we are limited with the amount of information we can release. However, we do consider the claims in this lawsuit to be inaccurate.”

Robinson added, “We are serious about treating every child with kindness, respect, and without discrimination.”

The child’s grandfather is reportedly gay and an LGBTQ rights activist.