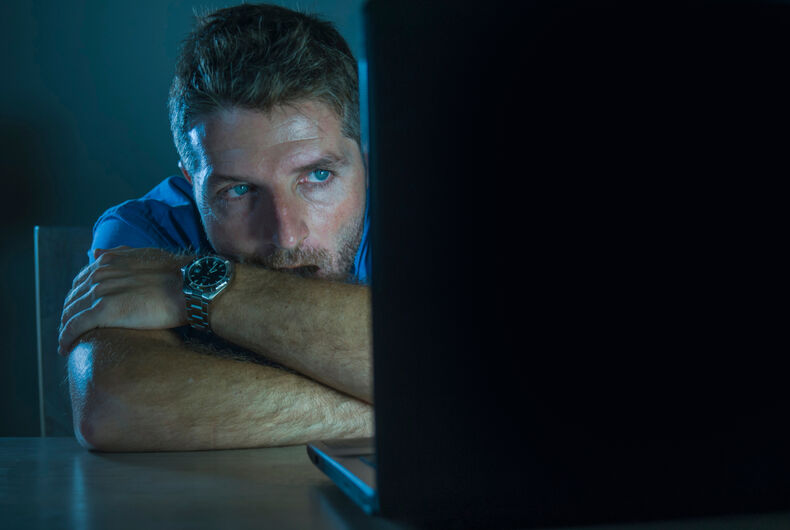 When it was passed in March 2018, federal legislators said the Stop Enabling Sex Traffickers Act and Fight Online Sex Trafficking Act (SESTA/FOSTA) would reduce sex trafficking online. Instead, it has caused the shut down of public forums where people discussed sex education and sex worker safety, it has made sex workers much more vulnerable to traffickers and has made actual sex trafficking much more difficult to track.

There are two possible ways to end the law. Dan Savage discussed this alongside two sex work advocates, Alex Andrews and River Del Llano, and Lawrence Walters, a free speech lawyer, this week at the 2019 SXSW Conference & Festivals in Austin, Texas.

The negative effects of SESTA/FOSTA

In March 2018, the U.S. Congress passed SESTA/FOSTA, a bipartisan-approved bill that holds online companies liable for any user content that could possibly be seen as facilitating sex work.

Previous to the bill, individual web users were legally responsible for what they posted. Now, any number of company employees could face up to 10 years in federal prison if their platform hosts anything that “facilitates sex work or sex trafficking.”

It’s a broadly written law that could affect any adult-oriented businesses, including those that market sexual films (another form of “sex work”) and forums advocating sex work legalization. The law essentially allows state and federal governments to shut down any sites it doesn’t like in the name of preventing trafficking.

Companies don’t have the time or technology to effectively filter out all of this potentially illegal content. It would take an expensive and powerful form of artificial intelligence to detect it, and teams of lawyers to handle any potential lawsuits if anything slips through.

Instead of paying for these exorbitant costs, most businesses have just opted to shut down any forums for sex or dating. Others have banned any and all “adult content” (including discussion boards) and created rules forbidding sexual comments.

More specifically, this law has scared Tumblr into committing a mass purge of all “adult content,” Craigslist into closing its personals, the hook-up app Scruff into forbidding users from posting racy images, Facebook into creating new guidelines censoring any discussion of users’ sex lives and Instagram into censoring historic art and advertisements for many sex-oriented ventures, including Savage’s LGBTQ-inclusive adult film festival, Hump.

In addition to this, Andrews says that consensual sex workers had their advertising platforms immediately shut down, making many homeless or unable to provide for their families. SESTA/FOSTA has also impacted the ability of sex work advocates to serve their communities. If they provide safety information, moral support or info about dangerous people and places (including actual sex traffickers), they could be prosecuted.

Andrews adds that as soon as Backpage, a popular escort personals page, went down, sex workers got e-mails from people looking to become their pimps essentially. As such, the law has helped cause sex trafficking, moving consensual sex work from digital spaces back into the streets and back alleys.

One way to end SESTA/FOSTA: A free-speech lawsuit

Walters says that FOSTA/SESTA made two mistakes: First, it criminalized both sex work and sex trafficking as the same thing, when they’re not really. (All consensual adult sex workers oppose trafficking, Andrews says.) And second, the law issued over-long prison sentences for the vague crime of “facilitating” sex work.

Walters is the lead attorney in a lawsuit filed against the federal law on behalf of the Woodhull Freedom Foundation, the Internet Archive, Human Rights Watch (HRW) and the Sex Worker Outreach Project (SWOP). Most recently, these groups are trying to prove to the court that they’ve been harmed by the law and, as such, have legal standing to sue.

A legal filing submitted mid-February by Walters says, “FOSTA caused [the Woodhull Foundation] to censor its publication of information on its site that could assist sex workers negatively impacted by the law, and to cease posting other resources for sex workers.” The filing also says the Internet Archive worries it could be held legally liable for any archived webpages that promote sex work or trafficking.

SESTA/FOSTA caused SWOP to cancel the “acquisition and development of an electronic tool for sex workers to report violence, harassment and other harmful behavior.” And because HRW “documents abuses against sex workers with a goal of making sex work less dangerous,” it worries its work could now be against the law too.

Moreso, Walters is afraid that FOSTA will become a model for other sex-phobic countries looking to censor online spaces in the name of trafficking.

One of the groups who pushed hardest for the law and helped craft it was the National Center on Sexual Exploitation (NCSE), an anti-adult content group formerly known as Morality in Media. They basically argued that adult content enables sex trafficking and child exploitation, though they offered little scientific evidence for this censorious claim.

Savage says that while adult content might be the target now, dating websites could eventually be on their hit list, affecting the estimated 80% of same-sex couples and 40% of opposite-sex couples who date online. This might sound alarmist, but Craigslist, Scruff and Grindr have all already changed their guidelines to accommodate SESTA/FOSTA.

Walters is hopeful that oral arguments against SESTA/FOSTA will occur in court this summer.

Citizens might not realize, but SESTA/FOSTA actually contains a provision saying that it cannot be enforced in states like Nevada that have legalized sex work. So one way to defang the law would be to do that nationwide.

Andrews would like communities to defund police vice squads that enforce sex work criminalization and invest that money so that people who are forced into sex trafficking can access opportunities and alternatives to sex work from a nonjudgmental community.

She has heard others say that all sex workers are “forced by circumstances” into the world’s oldest profession, making them all victims of trafficking, essentially. But if society would provide more social housing, single-payer healthcare and universal basic income, she argues, then no one would be “forced” into sex work.

While some Democratic politicians have begun to speak openly about legalizing sex work, sex work advocates are pushing them to adopt something known as the “New Zealand model” which completely legalizes the selling of sex for all but immigrant workers. Sex workers say they prefer the New Zealand model to the “Nordic Model” which merely re-criminalizes sex work by going after customers (“Johns”) rather than sex workers themselves.

Ultimately, everyone on the SXSW panel agreed about the need to de-couple sex workers from sex trafficking victims, because the public at large doesn’t really understand the difference.

Savage thinks sex workers need to come out because they’re also working as nannies, agricultural laborers and many other professions. These people are then stigmatized when they try to share their stories of being taken advantage of. So to reduce that stigma, he’d like them to start sharing their stories en masse, though he realizes that could subject them to social stigma and criminal prosecution.

Andrews says, “The sooner [sex workers and non-sex workers] go into the spaces saying, ‘I do this work and I support sex work, and here’s why,’” the sooner we can start changing negative public attitudes and misunderstanding towards sex workers.

The United Methodist Church faces schism. How does it move forward?