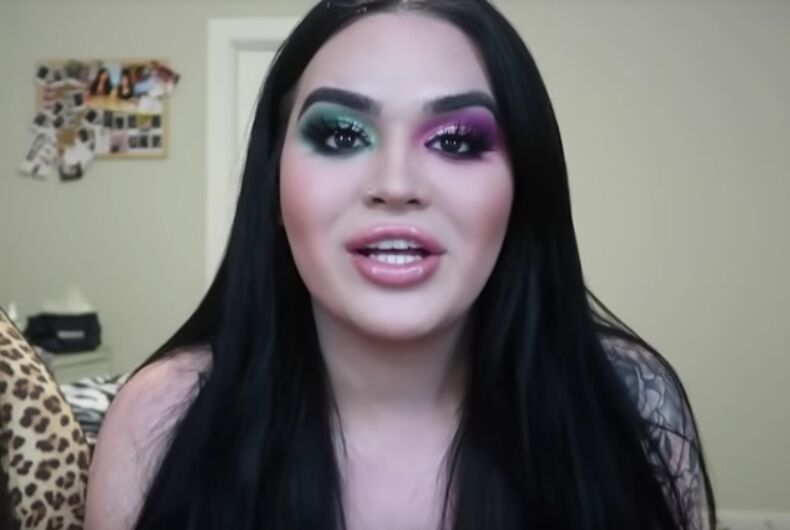 Tiffany Monroe, a 22-year-old transgender YouTuber with 6,705 Twitter followers, had a tweet go viral last week, when she shared a text message she received from a cis Texas man after she told him about her trans identity.

His response was considerate, mature and sweet. He wrote, “Honestly I ain’t worried too much about that if that’s the case. I mean you a woman and I ain’t gay so what you talking about exactly,” adding, “It’s 2019. I’m a grown man your past shouldn’t matter.”

Since she posted it on March 3, her tweet of his text has gone viral, earning nearly 16,000 retweets, 126,000 likes and hundreds of comments at the time of publication.

I told this guy I was trans and look at his response pic.twitter.com/wqPzIqJEzr

Most commenters have praised the man for treating Monroe with respect, although many others lamented that his behavior isn’t common in our transphobic world.

One commenter wrote, “Yup, in a world where trans people are treated so horribly and dehumanized… its an absolute breath of fresh air to see responses like that. Although … it should be bare minimum and just common.”

Another shared their own recent experience around gender and dating.

They wrote, “I recently told my bf that I’ve been experiencing some gender dysphoria and asked if that meant we’d break up since he initially identified as straight, and this man just looks at me and says, “I’m dating you because of YOU, not because of your gender. He then walked out of the room and started playing Tetris 99 without another word

Young people increasingly embracing trans identities and gender fluidity, A 2016 study of 13-to-20-year-olds found that 53% knew someone who uses gender-neutral pronouns. Over a third strongly agreed that gender doesn’t define a person as much as it used to.

As for Monroe, her YouTube channel contains several videos on her travels, trans-related surgery and other experiences. She has 631 subscribers. It’s unclear whether she and the Texas man will start dating.