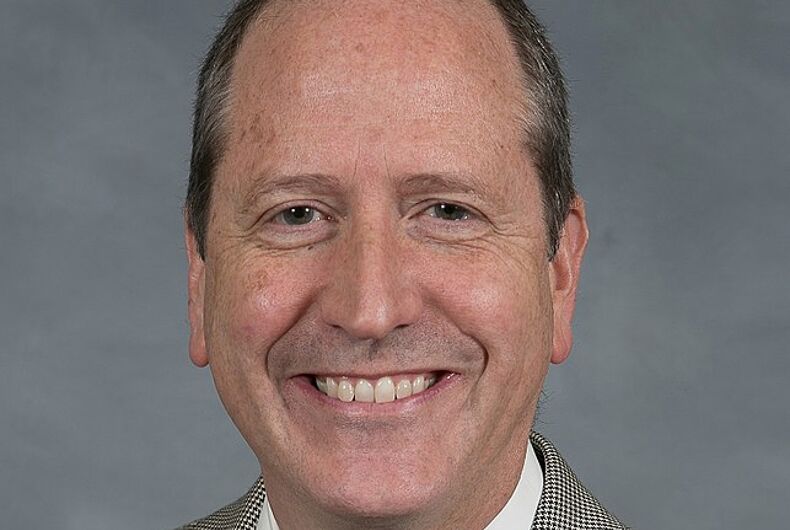 North Carolina is still feeling the fallout of its ill-fated HB 2, which banned transgender people from using the bathroom of the gender they identified as. The 2016 law led to a huge backlash, from canceled concerts to loss of the NBA All-Stars game. Even though the law was partially repealed, as of this month Democrats are still trying to get rid of its last vestiges

However, for Dan Bishop, HB2 may be his ticket to Congress. The state senator, who was the main sponsor of the measure, is considered the front runner in the Republican primary for an open seat.

That the seat is even open at all is the result of cheating by the previous Republican nominee, Mark Harris – an evangelical minister and religious right darling. In that scandal, Harris hired a consultant to collect absentee ballots from voters and then fill them out for Harris. Harris won the election, but the results were thrown out when the cheating came to light. Harris decided not to run again, leaving the field wide open.

Unsurprisingly, Bishop is running as a hard right candidate. His first ad brands Democrats as “socialists” and “gun grabbers” who support “infanticide and open borders.”

Bishop also not apologizing for his role in enshrining anti-LGBTQ bigotry as law.

“I think the people of North Carolina, they put that controversy behind them and they’re ready to move on,” Bishop said. “It did the state no good to have that controversy, but it’s an exhausted issue. And as I said, everyone understands where I stand. But we’re on to a new campaign and new issues.”

Bishop managed to win re-election last fall, despite representing a district that is increasingly blue. The Republican primary for the open seat will be held in May.

Bishop is also an investor in Gab, which purports to be a “free speech platform” but is in fact the favored social media platform for the far right and white nationalists.

“I’m about done with SF thought police tech giants’ Big Brother routine, and so,” Bishop wrote in 2017 shortly after the violent white supremacist rally in Charlottesville. “I just invested in a free-speech social network startup mentioned in a Washington Post article today, Gab.ai. Free markets are the answer to many kinds of tyranny.”

So what kind of response to tyrrany is Bishop funding? Gab is a cesspool of hate rhetoric, which came to the public’s attention last year as the place where Robert Bowers posted that he was “going in” just prior to killing ten people at a Pittsburgh synagogue.

Bishop had a response when his link to Gab was pointed out then. He said he was being “smeared.” If by smeared, he meant being caught, then he was right.