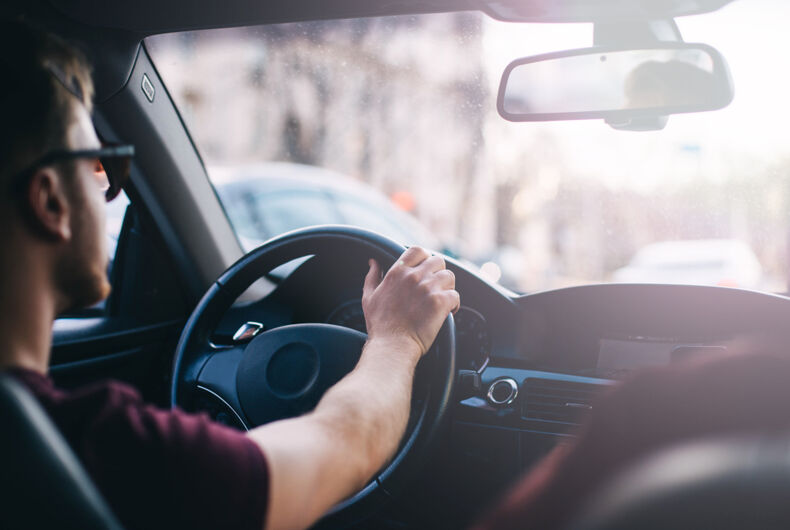 A Lyft driver in Washington DC has been fired after telling a gay passenger he’ll “burn in hell” and refusing to let the man out of the car until they prayed away his sins.

Greg Alexander had attended a private dinner at the Newseum to celebrate the launch of the museum’s new “Rise Up” exhibit celebrating the 50th anniversary of the Stonewall Riots. After the event ended, he called a Lyft to take him home.

When the driver asked him what exhibits he’d seen, Alexander described the event. That’s when the ride went south.

“Gay rights? What is that? Is this a new movement?” the driver asked according to the Washington Blade. “There is no need for gay rights.”

“Greg, can I ask you something?” the driver continued as they pulled up to Alexander’s home. “Has anyone ever told you that God loves you?”

The driver started to chant Bible verses next according to Alexander, saying “Please God grant Greg salvation! He needs to accept Jesus Christ as his savior.”

“I started getting very nervous and felt unsafe,” Alexander told the Blade.

He says he asked the driver to unlock the door, but the driver refused until they had prayed together. After Alexander insisted he be let out of the vehicle, the driver relented.

But Alexander had one more question for the Lyft driver before he left. He asked what the driver thought would happen to him when he died.

“You will burn in hell,” the driver replied, according to Alexander. “God loves everyone but he hates your sin.”

Alexander reported the driver to Lyft immediately after the ride, but didn’t get more than a form letter in reply. After the Blade published a story about the incident, the car-sharing company reached out to both Alexander and the newspaper to say they had terminated the driver’s employment and apologized.

“The behavior described is absolutely unacceptable. Safety is our top priority and there is no place in our community for harassment or discrimination of any kind,” a spokesperson told the Blade. “We have permanently banned the driver from the Lyft platform and reached out to the passenger to offer our support.”

Previous incidents of anti-LGBTQ comments or discrimination by Lyft drivers in the district have been reported. It is not uncommon for Lyft drivers to play gospel music or Christian radio programs while passengers are in the car.

That administrator who demanded a trans student pee in front of him? He’s back on the job.