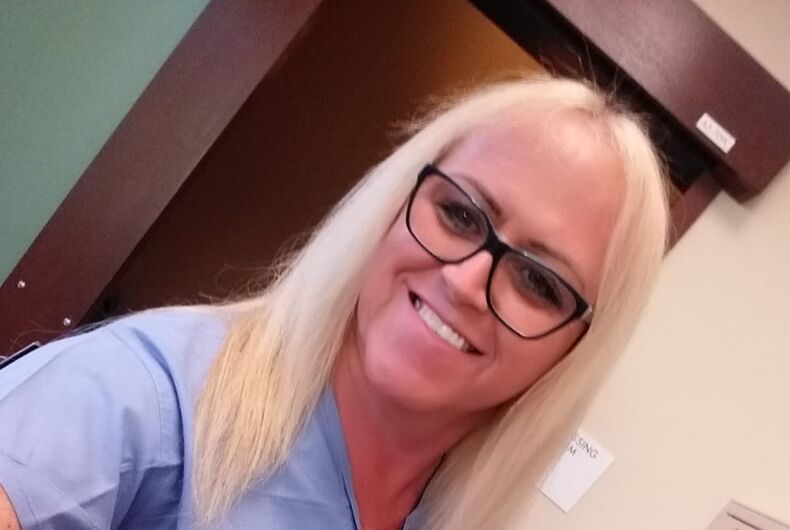 A transgender woman who won $95,000 in a discrimination claim in Hawaii is now trying to collect that reward.

Kiona Boyd was the caretaker of a massive, 98-acre property owned by Qigong guru Jeff Primack. She also lived on the property, which is valued at over half a million dollars.

Now she is living in her car and occasionally couch-surfing after Primack fired her when she transitioned.

Last year the state Civil Rights Commission ruled that he discriminated against her and ordered him to pay $95,000, stop discriminating, and attend a fair housing training session.

He has refused to comply, and the Commission filed a suit asking a circuit court to enforce its ruling.

Boyd met Primack when she worked on his property and helped build a yurt there.

“I just knew that I loved that land,” Boyd told the Hawaii Tribune-Herald.

“And after the yurt was built, he asked if I could come and be the caretaker. And it was an immediate, ‘Yes, I’d love to live up here.’”

She said that she had an idea that she was a woman for decades, but she was living as a man when she was hired by Boyd. In 2015, though, after the death of a coworker, she decided to honor that person’s memory and live her authentic life.

Boyd said that people were supportive of her at first, then they changed.

“But after a couple of months I noticed that people who were, like, ‘Namaste, we are all one, peace, love, harmony with nature’ turned out to be fake,” she said.

Primack found out online about her transition and she learned through a neighbor that he was planning to fire her. He had asked the neighbor to take over her job.

He started sending her threatening messages in July 2015 and sent around 100 in one day. According to the Civil Rights Commission’s report, his messages said things like “I don’t like girls who wear makeup… Let alone men,” “My fist in your face is direct,” and “I will strangle you… you pussy ass bitch.”

She was out of both a home and a job, and she couldn’t find another place to rent so she started living in her car.

So she filed a complaint with the Civil Rights Commission.

“They took my story,” Boyd said. “Took my case. Did a lot of investigation. Found validity in my claim. And it took off from there.”

Even though the Commission ruled that he discriminated and he hasn’t filed an appeal, he still hasn’t paid her $95,000. She hasn’t been able to find another job because of a shoulder injury.

“It damaged my credit when he fired and evicted me, and I haven’t been able to find housing for almost four years,” Boyd said.

“Everybody feels that justice is served, but until he pays for what he’s done, he’s still business as usual,” she said.

“He’s still booked at eleven places this year to have his seminars around the United States.”