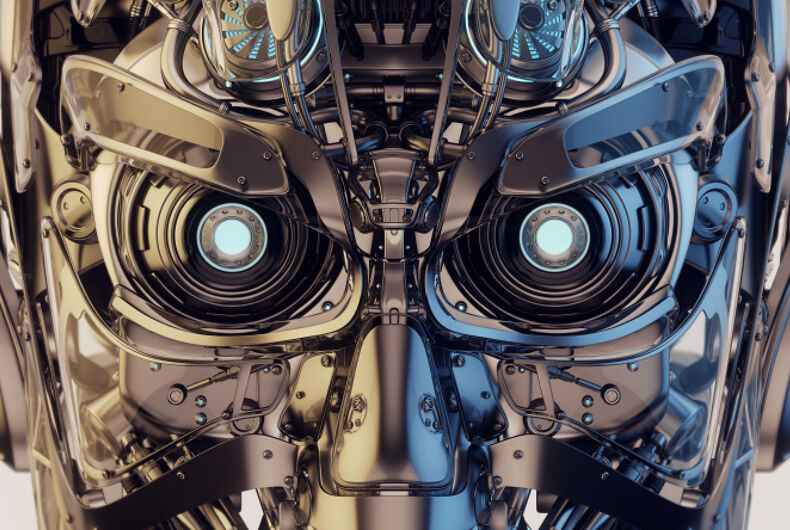 Laura Ingraham had Dr. Paul Nathanson on her podcast recently and the two spent part of the segment pondering whether transgender people are secretly trying to destroy humanity and create a new “species” of cyborgs.

Nathanson, a men’s rights defender, was on the show to discuss the supposed  “attack on masculinity” by progressives.

“The hoax that somehow sexes are all the same or capable of being bed into one continuum, that masculinity itself is toxic, terrible and poisonous, all of those things, and in fact has to be discouraged in many ways,” Ingraham said as she introduced her guest.

During the rambling interview, the two managed to work their way from blaming feminists who “challenge the notion of gender” to accusing progressives of trying undermine the “traditional family.”

“Their goal ultimately is the destruction or elimination of the traditional family, though, is it not?” Ingraham asked Nathanson. “That’s what we really want to get at here. That’s really what’s going on.”

“If masculinity is bad and men are inherently going to be patriarchal unless somehow we can train them, and beat this out of them—to be protectors and to be courageous, all these things that we impugn upon men—well if you get rid of all that, then the traditional family itself collapses and that’s one last bastion of Western Biblically-centered morality that enveloping our, and has helped us prosper, frankly, for millennia and advance in millennia.”

“I think that the trans people have taken it one step further because by abandoning gender altogether, not simply re-writing it,” Nathanson replied. “They’re basically trying to use social engineering to create a new species. Which is what, in fact, the transhumanists have been doing for the past half century. Using medical and other technologies to develop a new species.”

“So the goal is really quite radical,” he added. “We’re not talking about people who want to simply do a bit of reform here and there, add a new category. They want, they must, in fact, destroy whatever is in order to replace it with what they think should be. We’re talking about revolution, not reform.”

“And the new species will be looking like what?” Ingraham asked. “Will be part human part animal? I mean, will be human mostly…”