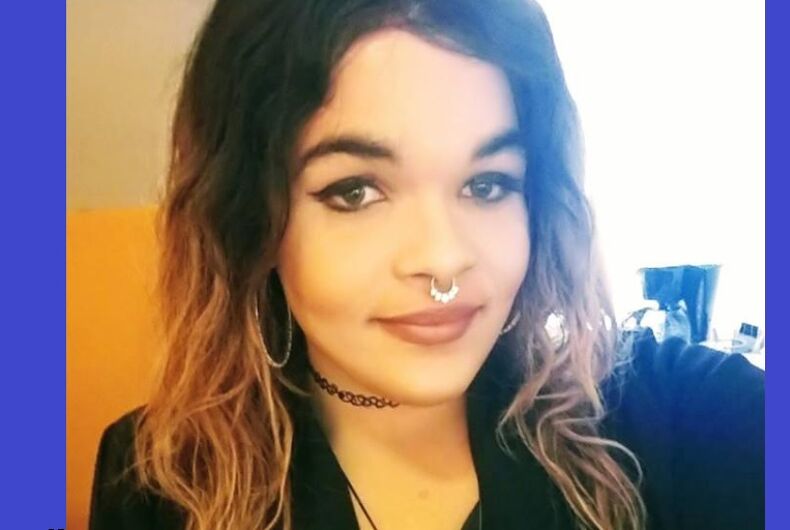 A transgender woman who felt uncomfortable when she was in high school that she left is back at the same school, training teachers on LGBTQ issues.

When Hazel Edwards was a senior at Boys Latin of Philadelphia Charter School in 2015, she started avoiding school because she identified as a girl.

She said that she met her first trans person who was her own age when she was 17 and started to understand her own identity.

“I was fighting it in mental hospitals and behavioral hospitals,” she told the Philadelphia Inquirer.

“After meeting that trans person and seeing how happy they were and how unhappy I felt, I said ‘OK, now this is a time of life or death.'”

Noah Tennant, who was the principal of Boys Latin at the time, called her into his office to talk about the classes she was missing. So she told him that she was trans.

“The principal was like, ‘Whoa. I was not expecting this.’”

She said that the principal didn’t know what to do, so he called another staff member into his office. That person told Edwards that she was a boy and that she wouldn’t be allowed to come to school with feminine hair or nails.

While she wasn’t officially kicked out, she didn’t feel welcome there.

“I packed up my stuff and never went back to that school as a student,” Edwards said.

Her mother didn’t accept her and she was homeless for some time. She got a paid internship at the Attic Youth Center and started educating schools about how to handle LGBTQ students.

She wasn’t out of Boys Latin for a year before she was back, but not as a student.

“That was the first time that I walked into that school as Hazel,” she recounted. “I got so much good feedback from former teachers, and the principal came up to me, started crying, and said, ‘The student is now the teacher.’”

“It really added a whole extra layer of relevance for us that Hazel walked our corridors and classrooms,” Tennant, who is now the CEO of the school, said.

“The firsthand knowledge she had was invaluable to us as we thought about how we can grow.”

Edwards has since gotten her GED and now she works full-time as an educator for the Attic Youth Center.

She plans to attend college and become an art therapist.