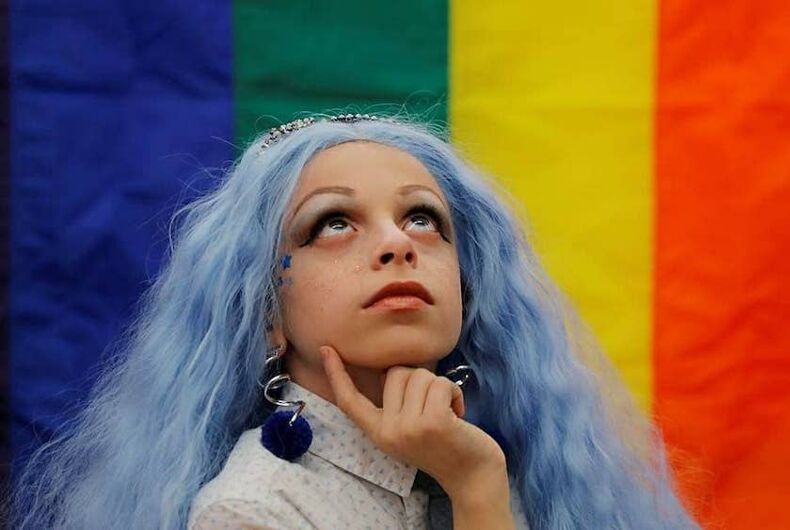 The family of Desmond Napoles, an 11-year-old drag performer known as Desmond is Amazing, recently had over 200 complaints lodged against them with New York City’s Administration for Child Services (ACS). The reporters alleged that his drag performances are inappropriate and sexually exploitative.

However, after an invasive investigation, the ACS found no proof of any wrongdoing, showing that the complaints were little more than an orchestrated harassment campaign against the self-identified gay performer.

As far back as July 2015, Napoles and his family have posted pictures and videos of him attending various Pride parades and drag events on his personal website and social media. He marched at New York Pride at age eight and has appeared at RuPaul’s Drag Con and other drag shows.

The ACS complaints were sparked by his performance at a New York City gay bar in December 2018. Online haters saw video of Napoles receiving tips during his performance, a common occurrence at drag shows, and claimed that he was stripping for pedophiles.

According to his mother Wendylou, his parents accompanied him at the performance. Their son had his own dressing area, was kept separate from other performers and wasn’t allowed at the actual bar.

Napoles’ mother Wendylou said, the ACS and “several other agencies investigated their family by looking at every video, every interview and every photo of Desmond—including those being circulated by different hate groups,” according to Yahoo News.

In addition to being investigated by the ACS, Wendylou wrote on Instagram, “We were investigated by the NYPD, the Child Advocacy Center, the Center for Missing and Exploited Children, the Department of Labor and the District Attorney’s office. No abuse or maltreatment was found. No regulations for child performers were broken. No illegal activity has occurred.”

The ACS has confirmed that they found no basis for the complaints.

Related: Here’s a quick way the Catholic Church can fix their history of covering up child abuse

“ACS was here unannounced, announced, every single day,” Wendylou said. “They would come at all hours. They would come at three in the morning even on school nights. They would visit Desmond at his school several times a week and pull him out of class. His grades went down, he thought it was embarrassing, he just started middle school. It’s just been a really horrible experience.”

Wendylou says that her son has begun blaming himself for the family’s hardships and has cancelled several upcoming performances under the stress. The ACS has provided extra security for Desmond at his school and offered counseling services to help him with the stress. Despite this, the ACS’ family visits continue.

This is hardly the first time that Desmond has come under attack. In December 2017, 150 trolls flooded Desmond’s Facebook page with hateful comments.

Wendylou says Desmond self-identifies as gay, has had crushes on boys since first grade and has never been molested or talked to explicitly about sex. Desmond also has autism; preparing dresses and performing helps him manage its symptoms, his mom says.

She says that Desmond’s social media merely serves as a scrapbook for his adventures and a way to connect with other young drag fans. She says she isn’t helping Desmond for fame or money’s sake. On the contrary, she says her family is quite poor.