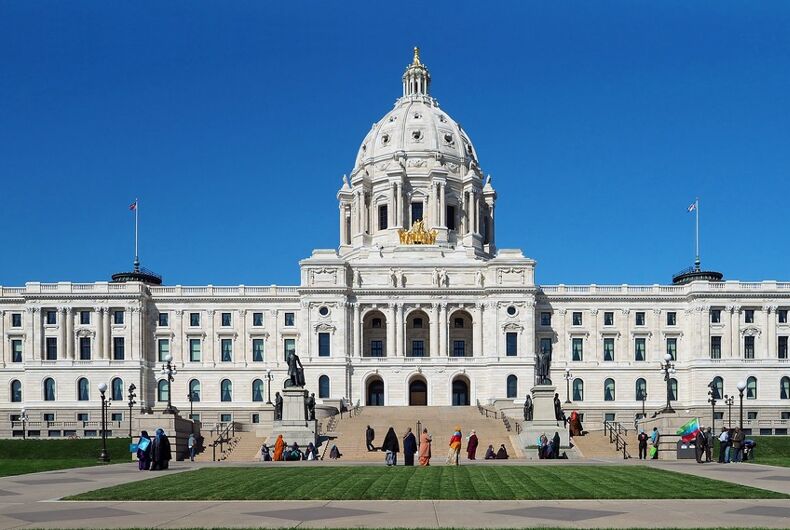 The House Judiciary Committee voted to reauthorize the Violence Against Women Act, but not after having to block Republican’s attempts to use the VAWA fight to remove protections for transgender people.

VAWA was initially passed in 1991, but has included protections for gay, bisexual, and transgender people since its 2013 reauthorization.

Additional protections were added into the current bill, including a requirement that the Bureau of Prisons determine the housing assignments of transgender and intersex prisoners on a case by case basis, carefully considering the safety and protection of same.

Much as they did during the 2012 reauthorization, Republicans balked at LGBTQ protections in VAWA, offering several amendments in an attempt to remove language specific to sexual orientation and gender identity.

Representative Debbie Lesko (R-AZ) requested an amendment to allow service providers such as sex segregated shelters to prohibit transgender people from being placed in them, for fear that such would be akin to “forcing organizations to take in men in women’s shelters.”

Related: Students hold a silent protest after a trans student was threatened with violence

“If this is called the Violence Against Women Act, it is not fair that the government is forcing these organizations to take in biological males to be sleeping right next to biological women,” said Lesko, according to the New York Times. “I don’t think that’s fair to the women.”

Lead Sponsor, Representative Karen Bass (D-CA), did offer to go with Lesko to shelters, to help her better comprehend the needs of transgender people, and how housing transgender people in gender-appropriate shelters would benefit them.

“There is no evidence to suggest that placing transgender women in shelters poses any danger to anybody,” added Representative David Cicilline (D-RI). “All it does is ensure that transgender people are safe.”

Lesko also coauthored a second amendment with Representative Steve Chabot (R-OH). In this one, faith-based organizations would be exempt from allowing transgender people to use their shelters.

Both of the above amendments failed.

Representative Louie Gohmert (R-TX) also sought to remove “gender identity” language from the bill, claiming that “It’s going to do more harm” by including it.

“What we’re talking about is gender dysphoria,” said Gohmert.

VAWA will now go before the full House for reauthorization, but it is expected to remain a challenging battle going forward, with more attacks over LGBTQ inclusion.