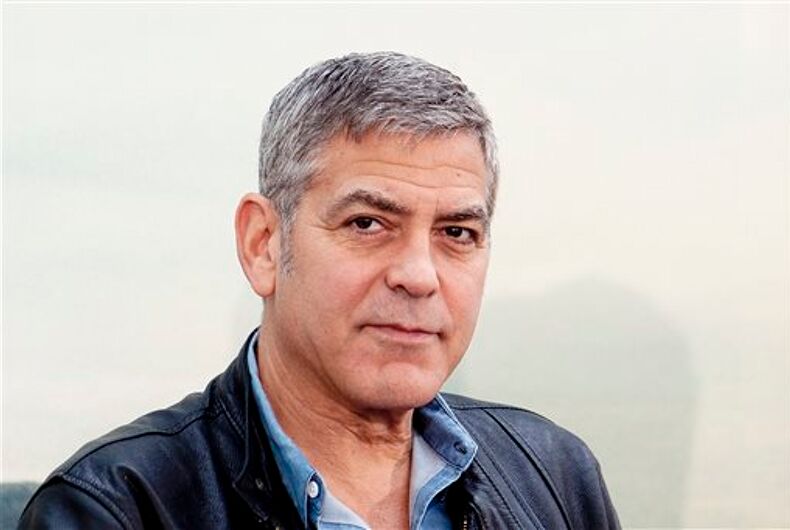 Actor George Clooney is calling for a boycott of several hotels owned by the sultan of Brunei.

Earlier this week, the government of Brunei announced that several changes to the penal code would go into effect on April 3. One of those changes included allowing stoning as a punishment for violating the country’s anti-sodomy law.

“The decision to implement the (penal code) is not for fun but is to obey Allah’s command as written in the Quran,” Sultan and Prime Minister Hassanal Bolkiah said in 2014, when parts of the changes started to be implemented.

Now Clooney is asking people to boycott several hotels that are owned by Bolkiah.

“But let’s be clear, every single time we stay at or take meetings at or dine at any of these nine hotels we are putting money directly into the pockets of men who choose to stone and whip to death their own citizens for being gay or accused of adultery.”

One of the hotels owned by Bolkiah was protested in 2014 and the city of Beverly Hills passed a resolution condemning the passage of the law that would allow homosexuality to be punished with stoning in Brunei.

The hotels that Clooney wants people to boycott are: