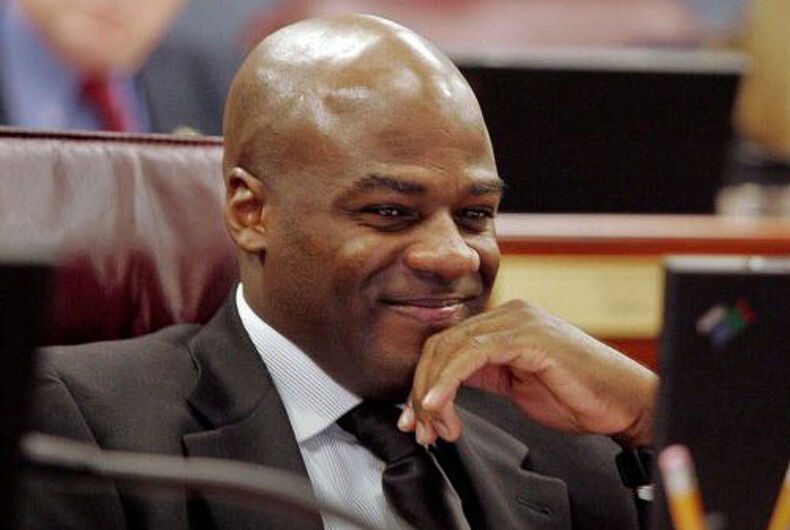 Atkinson was first elected to the state Assembly in 2002 and joined the Senate after the 2012 election. Atkinson’s historic rise came to an abrupt halt following charges of mishandling campaign funds.

In a tearful speech on the Senate floor Tuesday, Atkinson resigned from his legislative seat and announced that he would plead guilty to federal charges of misappropriating campaign funds for personal use.

“I’ve let myself and my family down,” Atkinson told his colleagues. “I accept full responsibility for my actions. I can’t express the depth of my remorse. I am truly sorry.”

Although he acknowledged in his speech that he had used campaign funds for personal use, and would be “pleading guilty for those actions when that time comes,” Atkinson would not comment further on the case and referred all further questions to his attorney, Richard Wright.

Wright said in an email that Atkinson would plead guilty to a federal charge of misusing campaign funds, a state and federal charge which carries a maximum sentence of up to 20 years. He offered no further details about the allegations, when charges will be filed, or when Atkinson will appear in court.

Born in Chicago, Atkinson attended Howard University and lost his father to gun violence while in college. He came out as gay during a speech on the Senate floor in 2013 and was part of the first same-sex couple to marry in Nevada when marriage equality became legal in 2014.

A Catholic school rejected a kindergartner with gay parents. Now other parents are rallying.