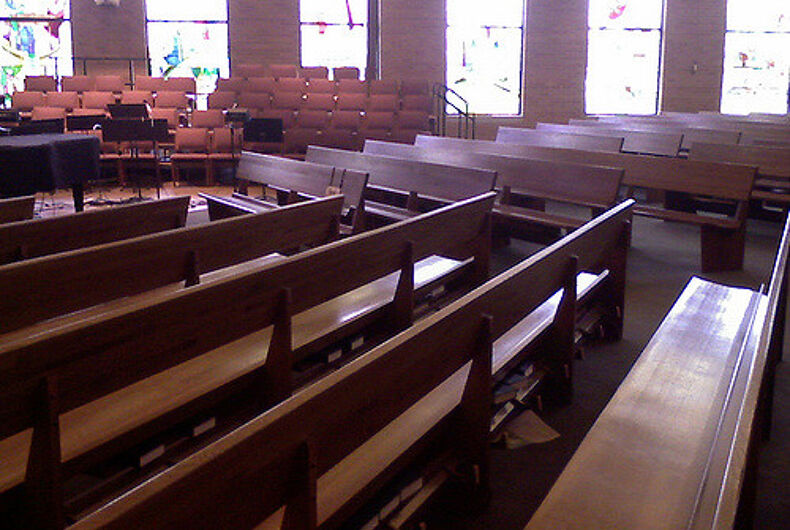 One of the great imponderables of the current political scene is how conservative white evangelicals have become so beholden to a thrice-married, casino-owning, scandal-ridden serial philanderer. A group that used to throw around terms like moral majority and traditional values has morphed into a cheerleader for relativism and ends justifying the means.

In short, evangelical churches have become political organizations that happen to have hymnals.

Adding to the rot is the religious right’s own #MeToo problem. Some high-profile cases show that not all ministers preaching about sexual purity have done a great job following their own advice.

All of this may not be a recipe for long-term success.

As it turns out, some believers–especially young believers–want to go to church to worship God, not Trump. The partisanship and hypocrisy on display in the pulpit is causing them to head for the door.

There’s enough of a movement to this end that it actually has a name: ex-vangelicals, or exvies for short.

Stroop is himself an exvie, and his Twitter account is a running compendium of the frustration and disgust that exvies feel about the politicization of religion. Stroop created the hashtag #EmptyThePews following the violent white supremacist protests in Charlottesville in 2017.

As a reminder, Trump called the protesters “fine people.”

“Noting that almost nothing will get most evangelicals’ attention apart from declining church attendance, last night I took to Twitter to exhort any wavering members of conservative evangelical churches, or indeed any churches complicit in Trumpism and white supremacy, to take now as a moment to leave those churches in protest, as publicly and vocally as possible,” Stroop wrote at the time.

Stroop extends the reason for leaving to a range of issues, “If you have doubts about your church’s overt or subtle white supremacy, sexism, homophobia, transphobia, and general toxicity, now is the time to leave and to do so publicly, in protest,” Stroop said.

With those numbers, the evangelical movement can’t afford to lose younger members without jeopardizing its future. But as #EmptyThePews shows, the churches stand in a fair way of seeing their numbers continue to shrink. By allying itself with Trump, the evangelical leadership looks like it is playing a winning game. But if it has ransomed its future for political power in the present, it will have proven a losing hand.