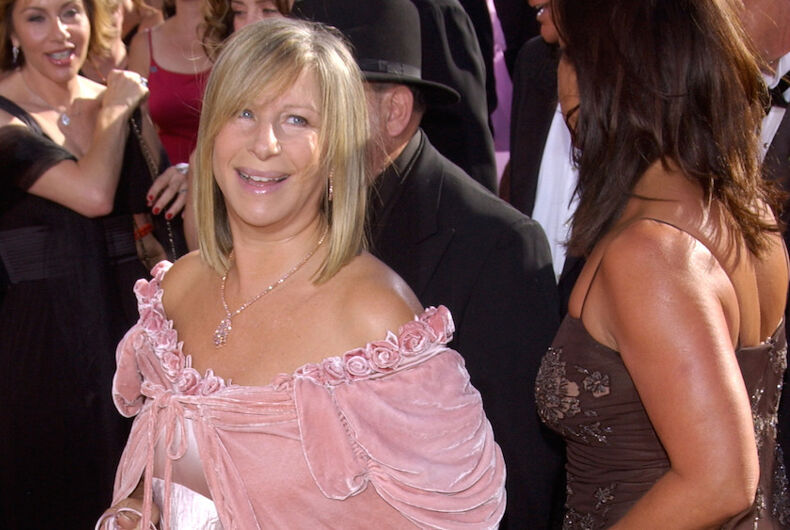 In the two-part documentary, two men—Wade Robson and James Safechuck—say they were sexually abused as children by Jackson for several years at ages seven and 10, respectively. The film says Jackson gained their families’ trust to let the kids stay with Jackson without their parents present.

In a recent interview with The Times, Streisand said she believed the men’s abuse allegations, but added:

[Jackson’s] sexual needs were his sexual needs, coming from whatever childhood he has or whatever DNA he has. You can say ‘molested,’ but those children, as you heard say [grown-up Robson and Safechuck], they were thrilled to be there. They both married and they both have children, so it didn’t kill them.

I feel bad for the children. I feel bad for him. I blame, I guess, the parents, who would allow their children to sleep with him. Why would Michael need these little children dressed like him and in the shoes and the dancing and the hats?”

Her comments have understandably upset fans and have conservatives piling on because of her long history as an outspoken liberal. Late last year, Streisand released her 36th studio album, Walls, which contained songs calling out Trump’s lies and hoping for his presidency’s end.

Streisand told The Times that she met Jackson several times and considered him “very sweet, very childlike” despite turning down his request to perform a duet of “I Just Can’t Stop Loving You.”

To be crystal clear, there is no situation or circumstance where it is OK for the innocence of children to be taken advantage of by anyone.

The stories these two young men shared were painful to hear, and I feel nothing but sympathy for them.

The single most important role of being a parent is to protect their children. It’s clear that the parents of the two young men were also victimized and seduced by fame and fantasy.”

The Jackson estate has responded to the documentary by stating, “The two accusers testified under oath that these events never occurred.” Last month, the estate filed a $100 million lawsuit against HBO.

Hate crimes have risen 226% in areas where Trump held rallies