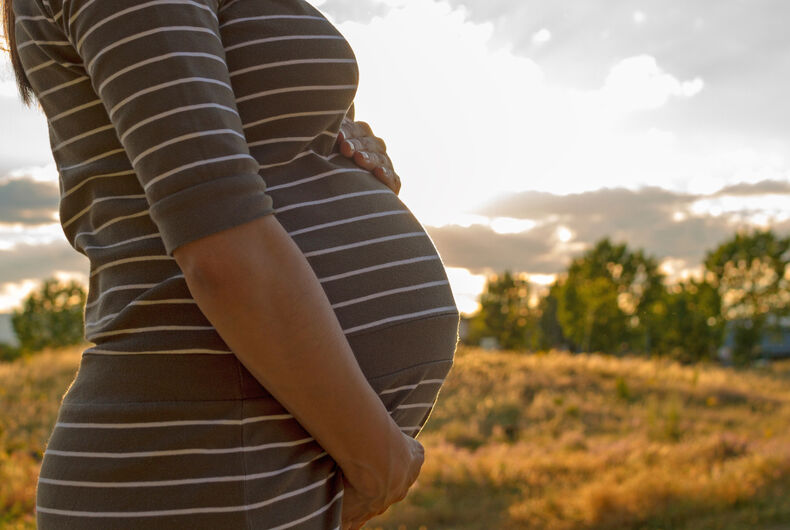 A 61-year-old woman in Nebraska just gave birth to her gay son’s child.

Matthew Eledge, 32, and Elliot Dougherty, 29, of Omaha wanted to have a child and they talked about it with Eledge’s mother, Cecile.

“If you want me to be the gestational carrier, I’d do it in a heartbeat,” Cecile said.

At first they didn’t think it was possible – a 61-year-old carrying her own grandchild? – but their doctor didn’t think the idea was ridiculous at all.

Related: Here are the 5 steps gay men should follow if they’re considering surrogacy to start a family

Cecile said that she loved being pregnant with her three children decades earlier, and doctors at the Methodist Physicians Clinic Women’s Center ran a number of tests on her to see if she was in physical shape to carry a child.

“She’s 61-years-old and has lower blood pressure than the rest of us,” Eledge told Buzzfeed News.

Cecile got through the pregnancy without any complications, but the process was expensive. Her insurance didn’t cover any of the pregnancy expenses since she was a surrogate.

The $40,000 total price take was a lot for Matthew and Elliot, who are a teacher and a hairdresser respectively.

“I do think it’s sad that IVF as a process is exclusive to those who can afford it,” Eledge said. “And for queer couples, it’s a particular challenge.”

The couple said that they considered adopting, but they were concerned about anti-LGBTQ attitudes and worried about government officials deciding whether they were fit parents in a state whose ban on same-sex parents fostering had to be struck down by a judge several years ago.

“For us, it was about control,” Eledge said.

They’re no strangers to anti-gay discrimination. Eledge made national headlines in 2015 when he was fired from his job at a Catholic school for marrying Dougherty. He now works at a different school.