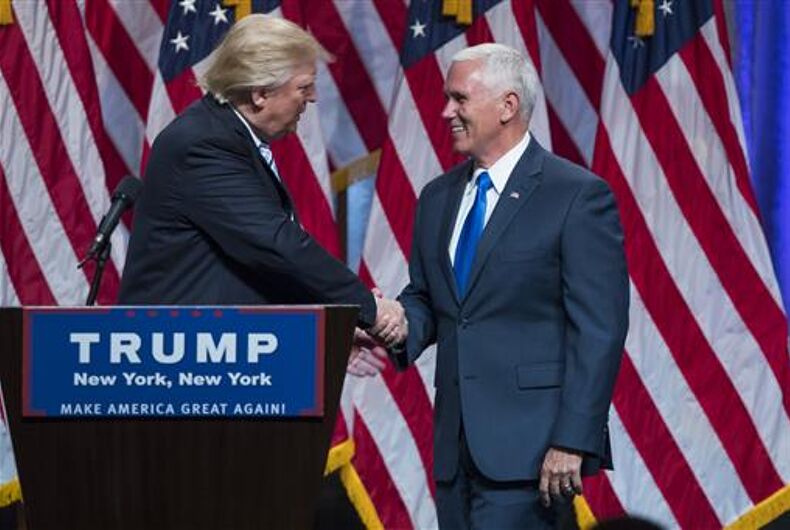 Donald Trump is apparently not even aware of his global campaign to decriminalize homosexuality.

Earlier this week, the Trump administration announced a global campaign that would target about 70 countries where homosexuality is illegal.

“Politicians, the UN, democratic governments, diplomats, and good people everywhere should speak up – and loudly,” said Richard Grenell, the U.S. ambassador to Germany who is leading the initiative.

Well, it turns out that one politician didn’t know that he was being called on to speak up: Donald Trump himself.

Related: Angola becomes the first country to legalize homosexuality in 2019

A reporter in the Oval Office brought up the initiative and asked, “Are you doing that and why?”

Trump responded: “I don’t know which report you’re talking about. We have many reports.”

The White House has not confirmed whether Trump knows anything about the initiative.

Mike Pence, on the other hand, told the Washington Blade that he supports the initiative.

Last month, he spoke about Iran’s record of anti-LGBTQ violence.

“The authoritarian regime in Tehran represses the freedom of speech and assembly, it persecutes religious minorities, brutalizes women, executes gay people, and openly advocates the destruction of the State of Israel,” Pence said.

The Trump administration campaign has been criticized as a cynical ploy to put pressure on Iran for unrelated political goals, especially since an initiative to allow LGBTQ people from countries where homosexuality is illegal to immigrate more easily to the U.S. has not been announced.

Pence’s involvement doesn’t help – he has a long record of anti-LGBTQ actions, including opposing LGBTQ people in the military, wanting a federal constitutional amendment to ban marriage equality, and even advocating federal money be spent on conversion therapy.

His support may be an attempt to deflect attention away from his opposition to LGBTQ equality by focusing, as conservatives often do, on countries where LGBTQ people’s lives are in more danger.

Opposing the execution of LGBTQ people isn’t much, but it’s apparently as far as Pence is willing to go.

Instead of a tip, this lesbian waitress got called a ‘fag’