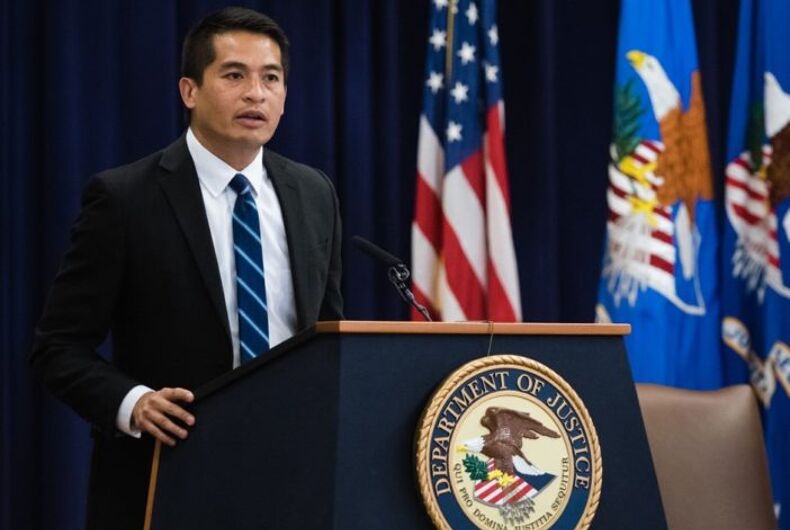 Donald Trump has nominated many judges over the past two years, but only two gay judges. And one of them just got dropped, while the other was downgraded.

Nominees to federal judgeships have to be approved by the U.S. Senate. Several of the nominations that Trump made during the last Congressional session were not confirmed by the end of 2018, so he had to nominate them again this year.

Of the 15 candidates who did not get confirmed, Trump resubmitted ten of them. Mary Rowland was not re-submitted.

Rowland, who is a lesbian, was nominated in June of last year to the U.S. District Court for Northern Illinois.

Of those he re-submitted, Patrick Bumatay’s nomination was downgraded. He was originally nominated to the Ninth Circuit U.S. Court of Appeals, but now he’s nominated to a district court in southern California.

The Senate Judiciary Committee will now have to act in order for Bumatay’s nomination to move forward.

25 years ago, she lost custody of her son because she was in a lesbian relationship