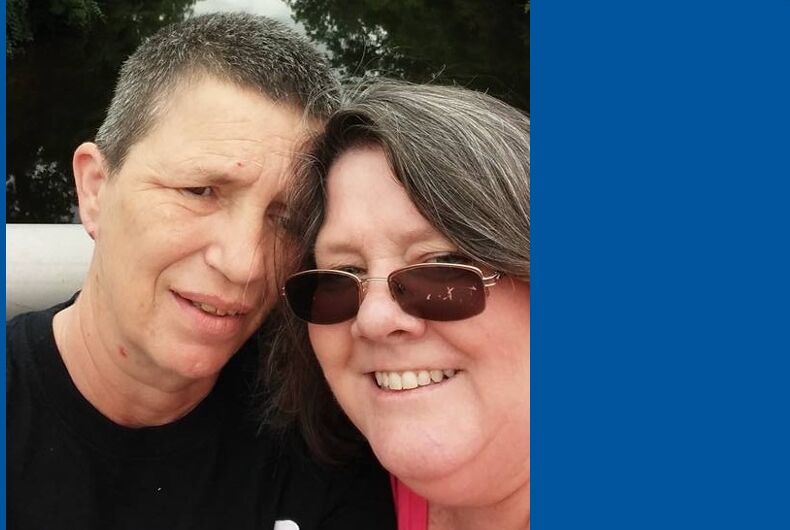 Nikki Joly, a transgender activist, lost their house and five pets in a fire at their home in 2017. Now police have charged Joly with arson, stunning supporters.

Joly has been instrumental in LGBTQ visibility and action in the largely conservative town of Jackson, Michigan, facing down threats as he worked to organize the city’s first pride festival and pushing for an LGBTQ-inclusive anti-discrimination ordinance in Jackson.

He has also served as director of the Jackson Pride Center that he helped establish.

The local paper, the Jackson News had named Joly as their Citizen of the Year in 2017 due to all of his work on behalf of the LGBTQ community, but his visibility also made him the target of a lot of anger and hate from those opposed to LGBTQ rights.

When Joly’s home burned down in August of 2017, killing two German shepherds and three cats trapped inside and destroying the contents of the home. Gasoline had been splashed around the interior.

Supporters of Joly had raised $58,000 to help him and his wife, Chris Moore, get back on their feet.

Many assumed that the blaze may have been a reaction from local bigots.

Police initially suspected Robert Tulloch, a local man who had objected to the city approving the display of a rainbow flag a local park during the pride festival. Tulloch had written to the city manager and city council in opposition, telling them that allowing the flag to be flown, “is an in your face declaration of war and will be met with a violent response.”

Tulloch, however, was making a deposit at a local bank at the time of the fire.

Police turned their attention from Tulloch to the one person who had been at the house right around the time of the fire: Joly.

The morning of the fire, Joly had purchased $10 of gasoline from a local station. Joly said it was to power the lawnmower, but that it was too warm out to complete the job.

Joly left the house, but returned a few minutes later to retrieve his wife’s lunch. The fire was reported minutes after he left.

Police also found traces of gasoline on the clothing Joly was wearing the day of the fire.

The only thing that remains unclear is a motive. The house was insured, but it is not owned by Joly.

Joly was, however, in the process of buying the home from its owner through a land contract, putting $621.54 monthly towards a total $57,000 fee. Joly has previous ran behind on these fees, getting caught up via aid from St. John’s Church.

Police also speculate that Joly did it to build more attention to him and his battles for LGBTQ rights in the city, but supporters note that Joly was already well known and respected in Jackson.

Joly is charged with one felony count of first-degree arson, which is punishable by up to life in prison and/or a sizable cash fine.