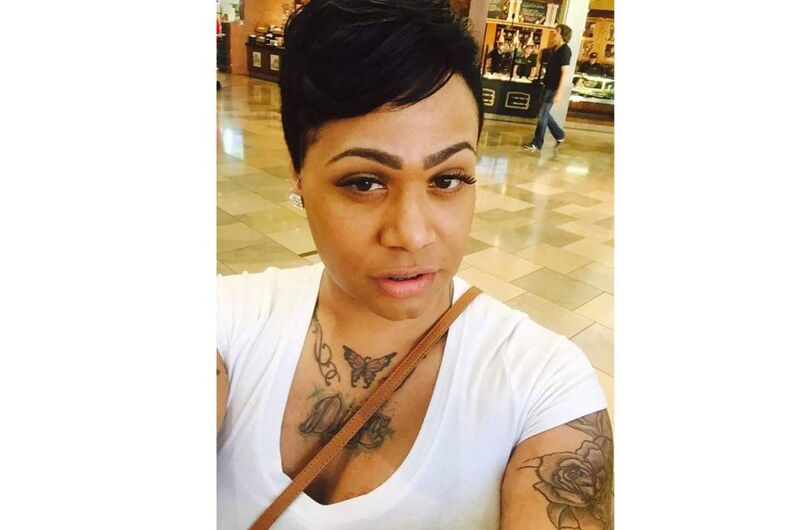 Kanautica Zayre-Brown is serving a potential 10-year sentence at Harnett Correctional in Lillington, North Carolina. She bunks with 38 male inmates. She is also required to change and shower with these men.

She faces regular harassment from other inmates, but usually doesn’t report it for fear of being placed in segregated status.

North Carolina seems to think this is okay.

Zayre-Brown was sent to prison in 2017 after being convicted of insurance fraud and obtaining property by false pretenses. That same year, she underwent gender confirmation surgery and a breast augmentation as part of her transition before being incarcerated.

Related: Many transgender prisoners are trying to survive their time while serving time

Even though she legally changed her name and gender, the state of North Carolina refuses to accept either, referring to her by her birth name and gender, and housing her in the men’s prison.

As a result, the prison is refusing to allow her to be transferred to a women’s prison and won’t issue her prison-issue women’s undergarments.

“I understand I’m in prison,” Zayre-Brown said to the News & Observer during visitation. “I just want fairness.”

The policy reads, “The facility TARC [Transgender Accommodation Review Committee] will make accommodation determinations based on clinical evaluations, historical documents, and offender interview. These determinations may address issues including, but not limited to, safety planning, allowance or prohibition of items designed for masculinizing to feminizing personal appearance, request for continued hormone therapy or other treatment interventions occurring prior to incarceration, request for gender specific clothing items, private showering, and/or specific housing considerations.”

Zayre-Brown has received her hormone replacement therapy care, but only after months of delay. Nothing else has been provided, and she remains in a male prison.

North Carolina was home to HB2, the law that restricted transgender people from using public facilities congruent with their gender identity, but this was repealed shortly before Zayre-Brown was sent to prison.

Zayre-Brown’s husband, Dionne Brown, calls his wife daily, and visits every Sunday. He’s concerned about the treatment his wife receives.

“I don’t feel comfortable with her being with a bunch of men like that under that type of pressure,” said Brown. “I married her and she’s considered herself a female the entire time.”

Jerry Higgins, a spokesperson for the North Carolina Department of Public Safety, said that Zayre-Brown’s case is under review, but offered no additional information.

Welcome to the church of Sylvester. His gospel-tinged disco made us feel mighty real.