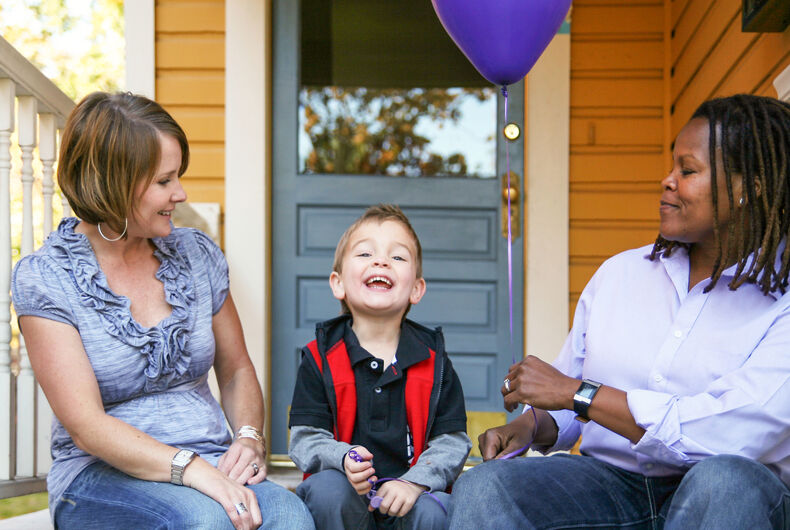 LGBTQ millennials are leading the way when it comes to the growth in LGBTQ families according to a new survey from the Family Equality Council, an LGBTQ rights organization.

The survey found that 63% of LGBTQ millennials between the ages of 18-35 are looking at starting a family or adding to their current one. What’s more, results from the LGBTQ Family Building Survey show that 77 percent of LGBTQ millennials are either already parents or are considering having children. This is 44 percent higher than LGBTQ people over the age of 55.

The data points to a shift in the LGBTQ community in the wake of the 2015 Obergefell v. Hodges decision which secured marriage equality in the United States. The U.S. Supreme Court ruling fueled speculation that we’d see a dramatic shift in LGBTQ family growth as a result.

Related: That study that says kids with gay parents do better in school doesn’t actually say that

That means in the last five years, the gap between queer and non-queer people wanting families went from 39 percent to 7 percent. Likewise, transgender survey respondents were found to be equally likely to grow their own families as their non-transgender peers.

In the wake of these findings, researchers recommend that providers of family-focused social services need to prepare now for more LGBTQ families in the future, particularly amongst adoption agencies, the foster care system, and assisted reproductive technology providers, as only 37% of those surveyed intend to use traditional intercourse as a method to grow their families.

Research for the study was conducted using a online survey between July 11 and 18, 2018. The respondents included a sample of 500 LGBTQ adults and 1,000 non-LGBTQ adults.

Disney just made history by having one of its characters announce, “I’m gay”