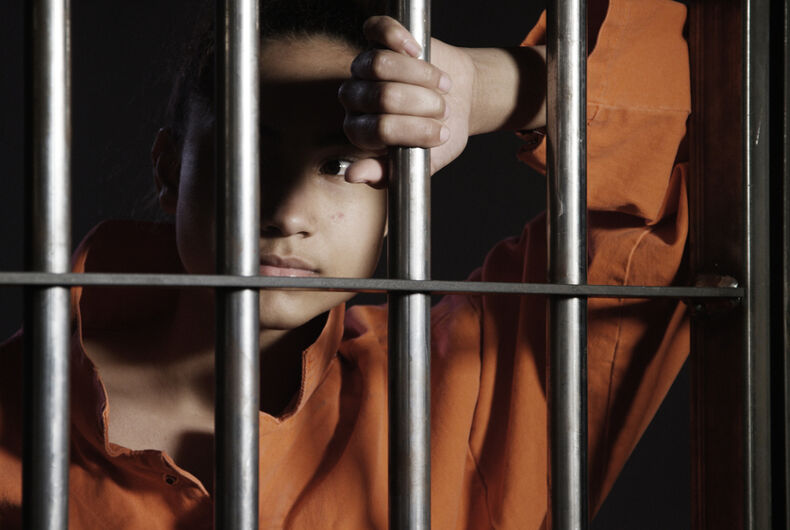 Transgender people are in every facet of life – even prison.

Too often, however, because of physical and sexual assaults, and being housed in facilities according to their birth sex and not their gender identity, these inmates are not only serving time for their crimes, but they are also trying to survive their time while imprisoned.

Jane Doe, a 53-year-old trans woman of color, is trying to survive her time while serving time – and it has not been easy.

However, to her fellow transgender inmates, Jane Doe has hit the jackpot. She recently won a lawsuit against the Massachusetts Department of Correction to have her moved from the men’s prison (MCI- Norfolk) to the state women’s prison (MCI-Framingham).

Jane Doe has received hormone therapy for nearly 4 decades and has lived as a female since a teenager. However, when Jane Doe reported to prison in October 2016, she was told she’d be sent to MCI-Norfolk until she had genital surgery.

Consequently, Jane Doe has had to endure trans-misogynistic taunts and mockery that she is a “wannabe woman” by both inmates and correctional officers. She was humiliated while being forced to live, eat, sleep, shower and use the bathroom with male inmates.

She was strip searched and exposed to men on a regular basis. For example, Jane Doe recalled an incident where “male guards forced her to stand, cuffed and naked for 30 minutes, in front of the open door to her cell, exposing her body to at least a dozen male prisoners who gawked and made crude sexual remarks about her breasts.”

In 2017, Jane Doe sued the state. The lawsuit proved that the Massachusetts Department of Correction discriminated against Jane Doe because she is transgender, violating the equal protection of the law as stated in the Fourteenth Amendment, and violating the Americans with Disabilities Act by refusing to relocate Jane Doe to a women’s prison – a vital part of her treatment for gender dysphoria.

Hospital caretakers, for example, were often confused as to where to send these patients after being discharged, many of whom were sent to hospitals for being both physically and sexually assaulted.

Before Baker’s bill, healthcare practitioners worried about their patients’ safety. Many have regularly reached out to me for answers and/or assistance.

“I am wondering if you might have any insight into a question… Do you know how Massachusetts defines gender of transgendered inmates? If an individual is arrested and jailed while awaiting arraignment and is undergoing transition, are they jailed according to genitalia or by their identifying orientation?” one healthcare worker asked me.

“I know it is a huge question, but I was blindsided when caring for a patient who was assaulted while at Nashua St Jail. Patient was born male, transitioning to female. Has had facial feminization and breast surgery. However, due to having a penis is jailed with male inmates. And shares cell with a male. Her assault was by a male prisoner. After medical treatment, released in custody of sheriff’s dept, back to Nashua Street.”

“Now, if this were a victim of domestic violence, I would have discussed safety with her. However, when I approached it in that manner (‘Are you safe returning to your situation?’) I was met with stares of incredulousness by the guards. I was ‘assured,’ the person with whom ‘the subject had a disagreement’ was moved to another unit and would no longer be in contact,” the worker said.

“They refused to comment on whether ‘the subject’ (never using pronoun ‘she’) would be celled with another male. Patient added ‘Of course I will, no one cares about my safety’.”

Hopefully, with the new housing policy for transgender inmates in Massachusetts, there will be a precipitous decline in assaults against them. According to the Bureau of Justice Statistics, unwanted sexual activity with other inmates is ten times higher with transgender prison and jail inmates although they make up a small percentage of inmates.

Massachusetts Transgender Political Coalition (MTPC) has been advocating for trans prisoners with state and local governments for years to assure these inmates are treated with dignity by allowing trans-related healthcare, appropriate attire, trans-related legal and educational books, to name a few.

Jane Doe is serving a three-to-four year jail sentence for a nonviolent drug offense. She will serve her remaining time in the women’s facility.

For Jane Doe, it was not only a fight for her life but her dignity too.

Being a queer parent is never easy, but you’re not alone