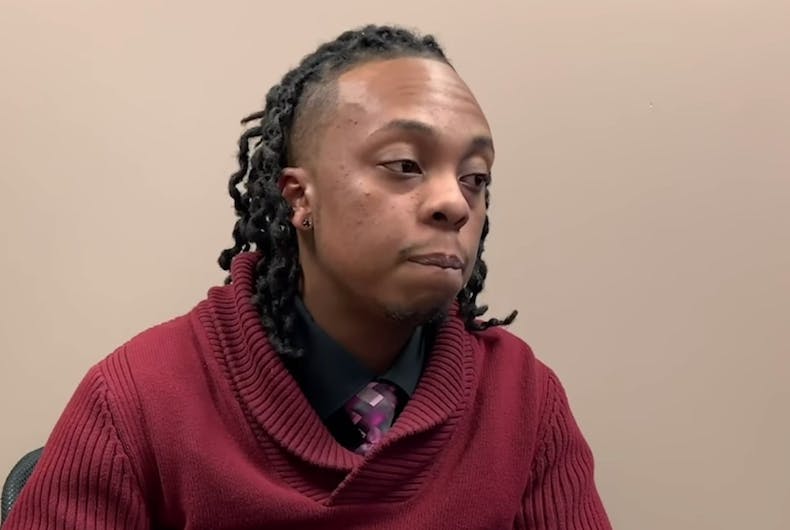 The ACLU is pressing the Colorado Civil Rights Commission to examine the case of Dashir Moore, who was denied healthcare after he underwent chest surgery. They have also filed on behalf of Moore against his former employer, InnoSource Inc.

Looking for a fresh start in a more accepting place, 31-year-old Moore moved from his native Georgia to Colorado. As a transgender man, moving to a state with a better reputation for transgender people seemed like the right choice.

Soon after arriving in Colorado, he updated his paperwork to reflect his gender, and found a local job as a customer service representative for InnoSource Inc.

Then things went wrong: he had been told by his insurer that they would cover his chest surgery without any prior authorization, but post-surgery they told him a different story. Two days after leaving the operating room, his insurer refused to pay for the work.

“Hey Dashir, I really hate to call you like this, but just got word that, you know UMR [Moore’s health care provider], they’re denying your surgery,” said Moore, relating the call he got from his care counselor after the operation.

“And it’s not just your surgery, it’s all things gender dysphoria. We just got the denial the day of your surgery. The surgery was already going on so we’re not gonna stop it, but I just wanted to give you a heads up that this is what’s going on.”

Moore’s employer had a policy that excludes any medical expenses for “Gender Transition: Treatment, drugs, medicine, services, and supplies for, or leading to, gender transition surgery.”

Saddled with nearly $30,000 in debt over the surgery and riddled with anxiety as a result, Moore found himself unable to stay with his job.

“The fact that InnoSource refused to cover any medical treatment for transition-related care made it clear to me that the company that I was working for believed that as a transgender person I was not worthy of equal treatment,” Mr. Moore said via press release.

“I no longer felt valued or that the company really cared about me or my success.”

What Moore faced from his insurer is known as a “carve-out,” and while these are a common clause in many insurance plans offered through companies, they are also illegal. Moore’s mastectomy is routinely provided for non-transgender women, but was denied for Moore as a transgender man.

His is the second such case in recent weeks: Russell Toomey, a professor at the University of Arizona, filed a class-action lawsuit against the state of Arizona over exclusions in his health care coverage that prevent him from similar care.