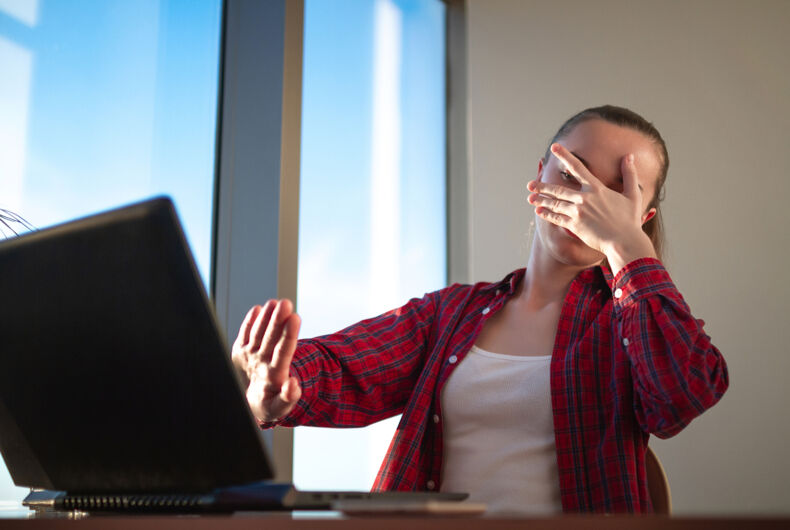 The continued panic over human trafficking has begun affecting state legislatures as both Hawaii and Arizona are now considering actions against online adult content.

In Arizona, Republican Representative Michelle Udall introduced a non-binding measure that would declare explicit adult content as a “public health crisis” that “perpetuates a sexually toxic environment that damages all areas of our society.”

Similar “health crisis” measures have passed in 11 states. AZcentral.com reports that each state has used “similar text from model legislation written by the National Center on Sexual Exploitation,” a group, formerly known as Morality in Media.

The group disingenuously claims that online adult content fuels human trafficking, the illegal global problem of selling people into sexual slavery. While it affects an estimated 4.5 million people and generates over $99 billion in funds annually, attempts to prevent it have increasingly turned the internet into a sex-phobic place.

As a result, Tumblr has committed a mass purge of all “adult content” in which it flagged tasteful images of shirtless men as inappropriate. The hook-up app Scruff recently announced its users can no longer post images of themselves in skimpy clothing. Craigslist closed its personals section last year and even Facebook has issued new guidelines forbidding users from discussing their sexual lives.

Udall claims that her measure doesn’t seek to ban adult content, but merely wishes to inform parents and educators about its “risks.” Udall says adult content increases bodily dissatisfaction, sex trafficking, prostitution, infidelity, divorce and child exploitation, though she offered no scientific proof for her claims.

One colleague asked why if the measure’s “proponents are concerned about the sexual exploitation and health of minors, they aren’t calling for better sex education in schools,” azcentral.com reports. Opponents of the measure also fear it’ll pave the road for future efforts to prohibit adult content online.

Meanwhile, Hawaiian legislators have introduced a bill that would charge internet users $20 to gain access to adult content online. The money would go into a fund “to help fight human trafficking and the exploitation of children,” according to KEYT.com.

The United Kingdom recently passed a similar law requiring adult content viewers to prove their age with official government ID, effectively creating a hackable database of user info. However, critics of the Hawaiian measure say that such a law could constitute “an unconstitutional act of state censorship.”