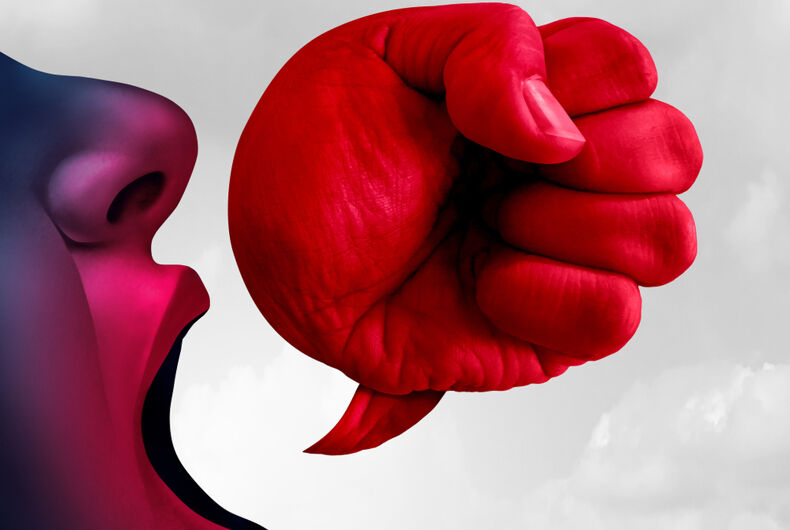 Gab, the Twitter-style social media site popular amongst “neo-Nazis, white supremacists, and the alt-right,” recently told the U.S. Securities and Exchange Commission (SEC) that it has 835,000 users. But an insider from the site’s web hosting company claims this is likely a lie.

“The level/extent of infrastructure Gab is purchasing from us [is] much smaller than would be expected for a platform like theirs with over 800,000 users,” Kapul said. “It’s not impossible.… However, given the modest number of servers, the nature of their site and the technology they are using, it’s unlikely.”

Kapul estimates that a site with 800,000 active users would need five to ten times more servers than Gab currently has, or else the site would crash.

“I would say they probably have a few thousand or a few tens of thousands [of users]. That sounds a lot more believable,” Kapul says.

A recent report of Gab’s activity by Storyful, a News Corp company that analyzes social media data, stated that only “19,526 unique usernames had posted content on Gab during a seven-day time period” between January 9 and January 16. That’s an average of 2,789 unique users posting on the site each day—less than 0.33% of its alleged 835,000 active users.

Gab gave this number to the SEC because when Gab first started, it raised startup money by selling speculative stock options. The SEC requires companies that do that to file official paperwork outlining their growth.

Sibyl became Gab’s web-host last November after Gab’s previous web host dropped the site following a Gab users’ shooting up of the Pittsburgh Tree of Life synagogue. The mass shooting allegedly happened during the bris for a same-sex couple’s child. The shooter killed 11 people including Dr. Jerry Rabinowitz, a 66-year-old geriatric and family physician who welcomed HIV-positive patients into his practice at a time when other doctors wouldn’t treat them.