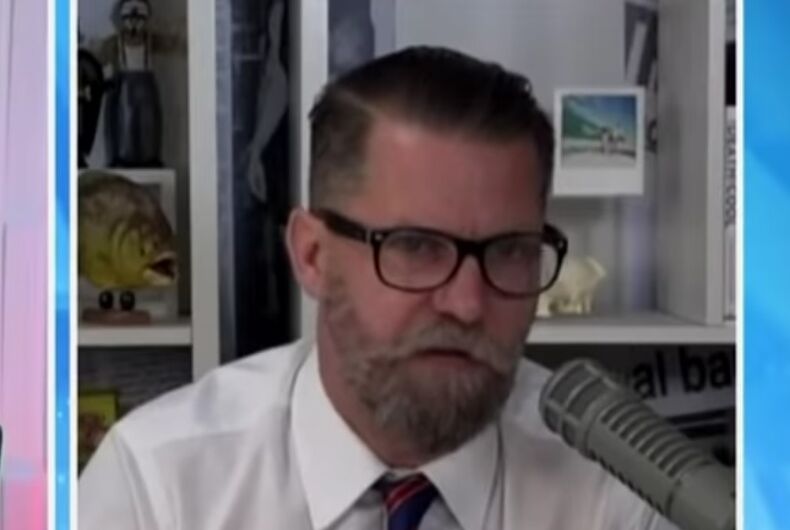 Gavin McInnes filed a lawsuit for defamation and loss of economic advantage against the SPLC, which is known for its work in tracking hate groups.

The SPLC considers the Proud Boys a hate group because of their anti-Muslim and misogynist rhetoric and their association with “Klansmen, antisemites, Southern racists, and militias.” They were founded as a group for “Western chauvinists.”

Last October, the Proud Boys were caught on video beating an antifascist protestor while calling him a “faggot.”

McInnes, who founded but is no longer associated with the group, defended their use of the word on his podcast, saying, “‘Faggot’ is a handy term.”

Related: It should be a hate crime to punch a Nazi according to white supremacist Gavin McInnes

Now McInnes says that he is being harmed by the SPLC designation. He has been kicked off of Facebook, Twitter, and Paypal, and he even faced criticism from protestors near his posh home in suburban New York City.

He was also unable to get a visa to go to Australia.

The lawsuit describes what happened to McInnes as “employment discrimination based on his lawful non-employment recreational activities.”

He says that the SPLC “falsely” describes the Proud Boys as violent, even though they have been caught on video beating people. He also created a system in the group to honor members who got into fights, although he now claims that he was only referring to self-defense.

He has also said publicly, “Fighting solves everything” and “I cannot recommend violence enough.”

SPLC president Richard Cohen said, “The fact that he’s upset with SPLC tells us that we’re doing our job exposing hate and extremism. His case is meritless.”

Last month, the far-right Center for Immigration Studies filed a lawsuit against the SPLC for racketeering, claiming that the SPLC only denounced them to raise funds from people who oppose racism.

Rightwing lawyer Glen Allen filed a lawsuit against the SPLC last year for being labeled a “neo-Nazi,” claiming that the group was “motivated by lucrative fundraising aims.”