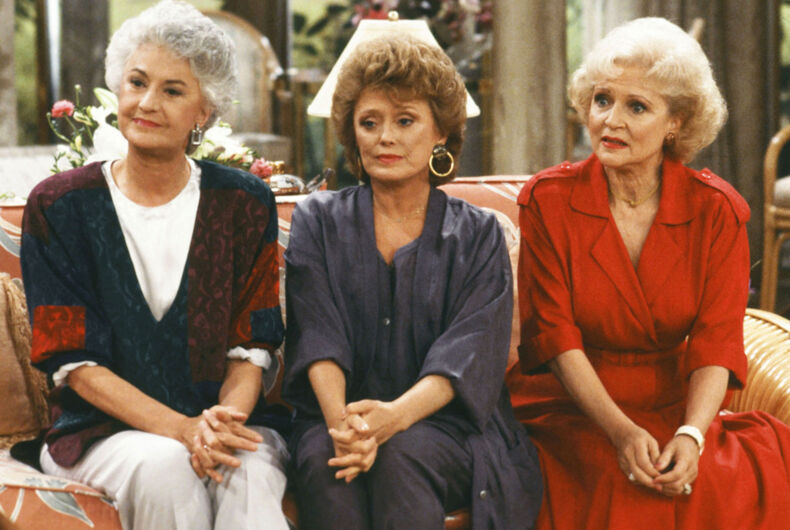 A Golden Girls-themed cruise is about to set sail – from Miami, natch.

The cruise will embark on February 24, 2020 and will make stops at Key West and Cozumel, Mexico before returning to port on Feb 29. A cabin will cost approximately $1000 per person.

The sitcom dominated the late 80s and early 90s and the four elderly female stars quickly become a part of gay culture. From episode re-enactments starring drag queens to action figures, the homages to the popular show have been a staple since it went off the air in 1992.

There’s even a Golden Girls-themed version of the popular board game Clue where players try to solve who ate the last piece of cheesecake.

“The show was and is still groundbreaking,” Kampe told Hornet. “They tackled issues like HIV/AIDS, sexuality and aging with such grace and humor. We all have had that conversation with friends about which Golden Girls character they are within their friend group.”

“The show still resonates to this day. Sophia’s one-liners always land, and it feels fresh and different. I also think gay men can relate to the fact that it’s a group of four women who are living their final act of life together, as many gay men imagine this could be their future.”

Kampe says the cruise will include events like the “The Rusty Anchor Karaoke Party,” the “One Night in St. Olaf Dance Party,” and, of course, a costume contest.