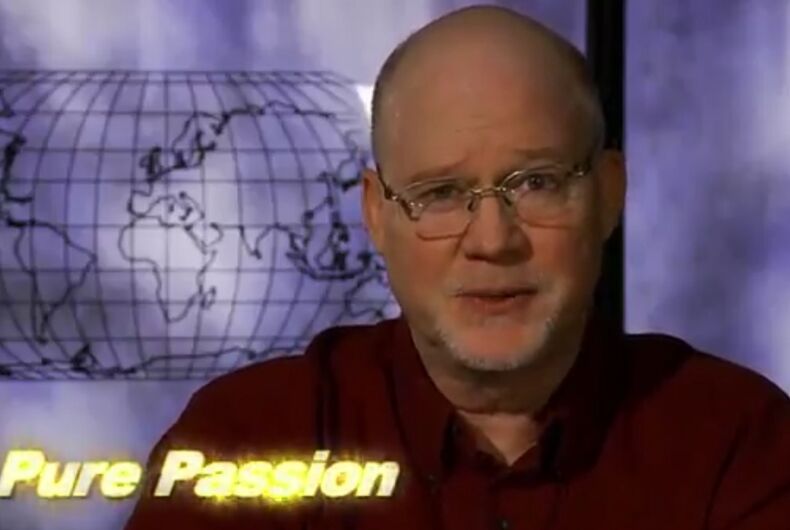 “We are left to cobble together biblical principles to come up with some idea of whether or not it is sinful, just as we do with subjects like gambling, smoking, etc.,” says Foster.

Foster himself is an ex-gay speaker who claims he went through “hundreds of partners” in his younger years, only to repress his homosexuality after witnessing older gay men in a bar.

“The old men drank themselves into a stupor every night because they were no longer young and beautiful,” he says in his own biography. “And as a result, no one wanted them. The only sex they got was when they paid young teens to go to bed with them.”

Foster went on to form his own ministry, Mastering Life Ministries, also known as Pure Passion Media, in 1987. He has also produced several books and movies as part of his ministry, including How Do You Like Me Now? When a Child, Parent, Spouse or Sibling Says They’re Gay and Tranzformed: Finding Peace with Your God-Given Gender.

Walmart made a cute ad about a gay couple dating at a store. The right is outraged.