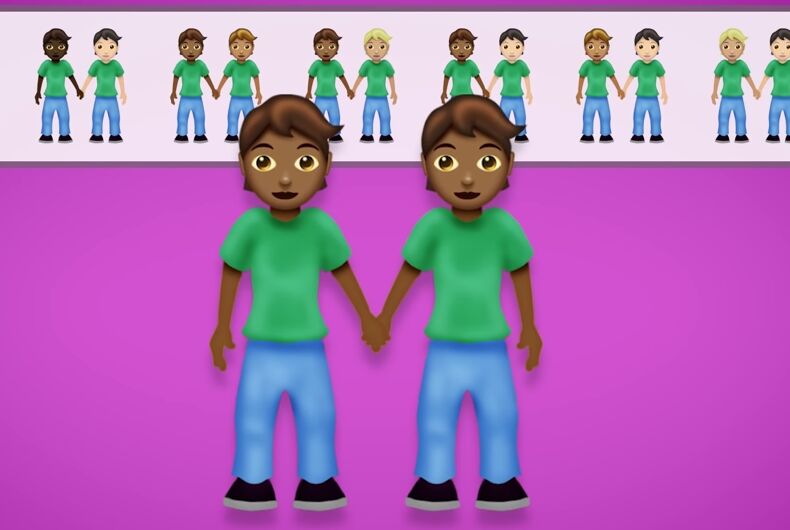 The Unicode Consortium, the organization that standardizes emoji and includes Apple, Microsoft, and Google, announced 230 new emoji for 2019.

Most of the symbols released in emoji 12.0 are images of people holding hands.

Skin tone support was added for all the different couples, too.

Related: Unicode refused to approve a trans flag emoji. Instead we got… a lobster.

Another new emoji is attracting attention as well – the pinching hand.

A hand making the “un poco” gesture (with support for various skin tones) has been added.

And a lot of people are associating it with penis size….

the new pinching hand emoji will definitely be used for innocent, non-dick-related purposeshttps://t.co/HX5kuTbeXd

"Pinching hand?" I'm pretty sure the new emoji coming out in the next release  will be used to mean "pinch" as often as 🍆 is used to mean "eggplant." pic.twitter.com/j7X7663ZBT

Among the other emoji introduced this year are a yawning face, garlic, and several symbols associated with disabilities. The transgender flag is still missing.