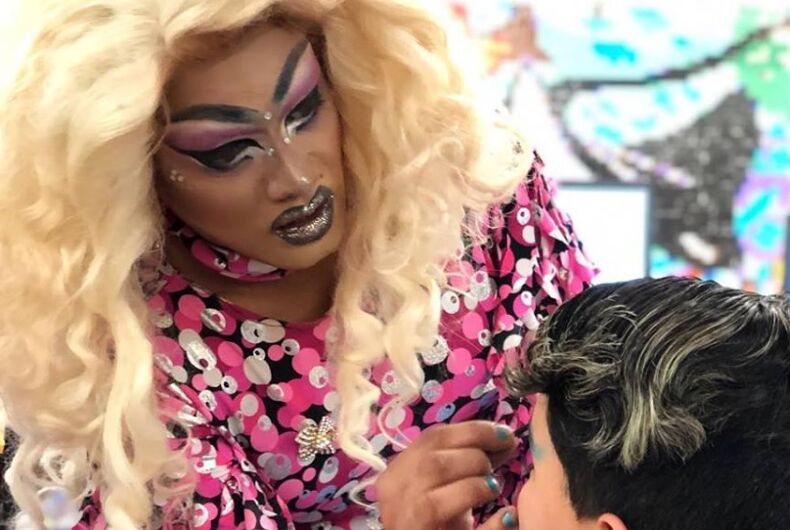 Conservatives marched in protest of Drag Queen Story Hour in Indiana, but the local school board didn’t cave in to their demands.

Protestors in Evansville, Indiana, marched in the rain before a meeting of the school board, carrying signs that denounced a Drag Queen Story Hour that is scheduled for a local library.

The dozens of protestors called for the event to be cancelled and for the school board to remove their appointees to the Evansville Vanderburgh Public Library’s board.

The school board then heard 45 minutes of public comment during the meeting, which included both supporters and opponents of the Drag Queen Story Hour.

Another pastor, Wayne Harris, spoke at the meeting and disagreed with Ary. He said that he wants to stop people from normalizing “the LGBT lifestyle.”

Mary Ellen Van Dyke, who is associated with a group called “Right to Life,” said, “I am here to urge you to protect innocent little children over the desires of adult men dressed as women, to use your influence to cancel the Drag Queen Story Hour.”

Others spoke in support of the event.

“This is 2019,” said Jennifer Willett. “The time for hatred and intolerance is over. Even here. We live in the United States. We have promises of freedom and opportunity we have yet to live up to.”

The school board’s legal counsel advised them that they cannot legally remove their appointees to the library board, and the school board agreed to follow her advice.

The library’s board has said that they will not cancel the event. Drag Queen Story Hour in Evansville is scheduled for February 23.