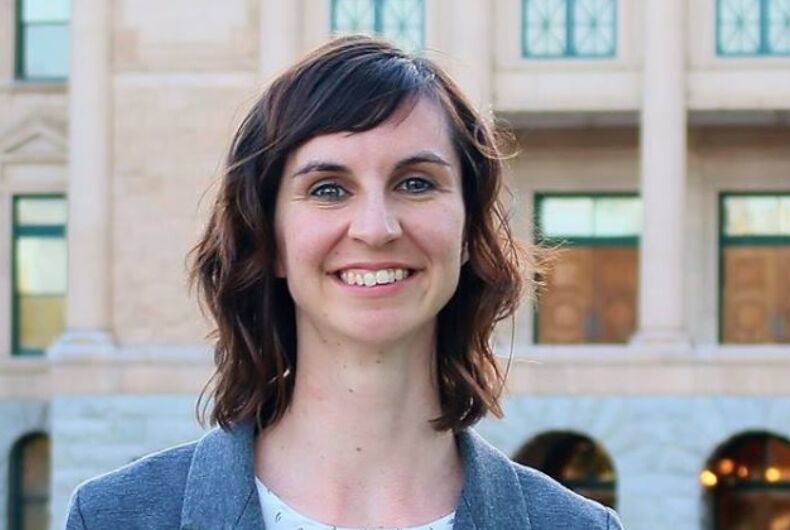 The new head of public schools in Arizona is calling on lawmakers to get rid of the state’s ban on teaching about homosexuality.

Kathy Hoffman, the new Arizona Superintendent of Public Instruction, said in her State of Education speech earlier this week that the law should be repealed.

She said that schools need to create “an inclusive environment that supports children from all backgrounds,” including those who come from LGBTQ families.

Hoffman stressed that LGBTQ students are bullied in schools and said, “A simple step we can take to help reduce discrimination and bullying for these students is to repeal the ‘no promo homo’ law.”

“This policy is not just outdated, it has always been harmful and wrong,” she added.

State Senator Martin Quezada (D) introduced a bill to repeal the state’s ban on talking about homosexuality in schools, and said that it was important for better sex education.

“They’re discussing sex ed between heterosexual individuals,” he said. “But they’re really leaving out a class of people that need to learn how to practice safe sex themselves and keep themselves healthy.”

Arizona does not ban discrimination on the basis of sexual orientation or gender identity, and conversion therapy is still legal in the state.